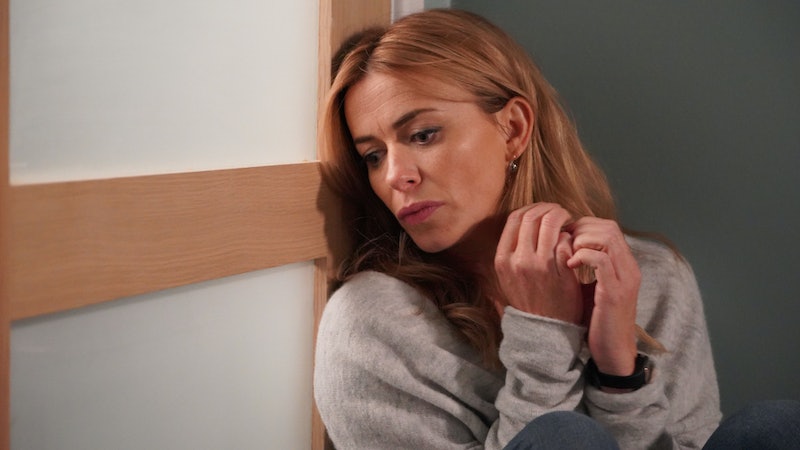 Summer may be the time to be one with the outdoors (weather permitting, of course), but it's also an excellent opportunity to catch up on your watchlist. One series that probably every Brit has waiting in their queue is Welsh drama Keeping Faith, which has gripped the nation over the summer after its second series aired in May on Welsh channel S4C and BBC One in June. But will Keeping Faith return for series three, and how will the drama continue to unfold?

Update: A rep from S4C tells Bustle that "unfortunately [they] have no news of a third series as of yet".

Earlier: Well, it seems like the future of the Welsh drama is entirely in the hands of S4C and BBC, as a third series has yet to be confirmed. I've reached out to a rep for both broadcasters to see whether there's any inkling that it may come back, but have yet to receive a reply. I'll keep you posted if I do.

While there's little official word on a return, it seems that those involved with the show are very keen to see it back on screens for the third time. When asked whether a third series was in the cards, writer and showrunner Matthew Hall told the BBC that he "very much hopes so", especially since Keeping Faith has been given "great exposure and backing" from airing on BBC One as well as on S4C. "This in turn raises its profile internationally. So it adds rocket-fuel which is terrific for the production as a whole," Hall added.

Hall also spoke about the show's impact. "BBC One's backing means that vision and ambition has been respected and it's help cast off any sense that drama made in Wales (or Scotland or Northern Ireland) is aimed principally at a local audience," he said.

And judging by the success and fanfare surrounding the second, it wouldn't be at all surprising to see Keeping Faith back on telly sometime in the next couple of years. 2020 is looking more likely if you take into account how long it took Hall to write the current series.

"The writing for series one took place over three years. Series two was written in less than a year. The process had to be accelerated," he explained. "There was also the fact that series two was destined for BBC One and this means more people having opinions on the script."

What he considers "perhaps the biggest change" for TV writers is going through all the notes and deciding "which notes to adopt, which to resist and which to negotiate." He added that "there is no easy path through all that, you just do your best."

Although, thanks to the success of the show Hall has been given "a window of opportunity to develop other projects," so Keeping Faith could be put on the backburner. "I am working on a few new series developments and trying to finish the last re-writes on a novel which comes out next year," the writer added.

Whichever direction Keeping Faith takes, it's clear that it's become a staple of British telly and one that fans definitely want to see continued.

Series one and two of Keeping Faith are available to stream on BBC iPlayer.