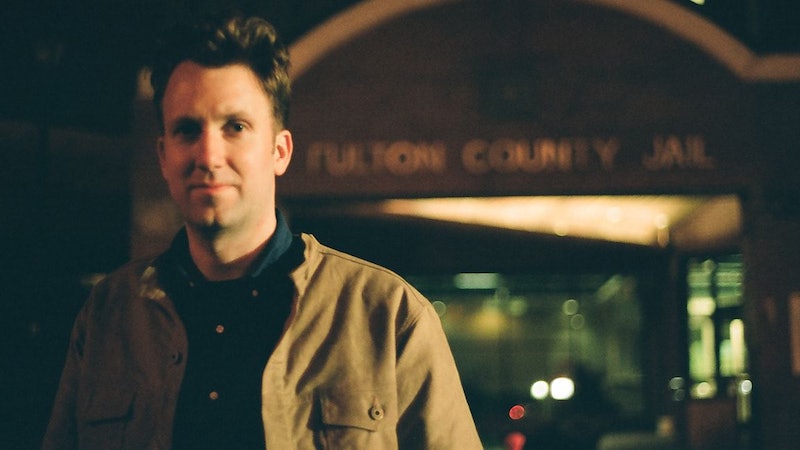 If you've seen ads for Klepper, you'd be forgiven for thinking it's a gritty true crime show. In reality, it's a Comedy Central docuseries hosted by former Daily Show correspondent Jordan Klepper. The show premiered May 9 and follows the host talking with different activists around America. Now, the Season 1 finale is around the corner, and though it's unclear if Klepper will return for Season 2, it's certainly a timely, important project worth keeping on-air — especially as we gear up for the 2020 election.

So far, the people Klepper has spoken to have run the gamut from Iraq veterans coping with PTSD to Native American activists. Episode 2, for example, followed the L'eau Est La Vie (or Water Is Life) pipeline protesters voicing their opposition to the Bayou Bridge Pipeline in the Atchafalaya Basin, Louisiana. They didn't succeed in stopping the pipeline's construction, but it was an eye-opening experience for Klepper — and likely for viewers, too.

In an interview with Vulture, the host said the episode turned out much differently than he'd anticipated. "[I]t's actually more complicated because when you sink in the bayou, you're also surrounded by people who work in the oil industry, and they're not so sure that these people from the outside should be here doing that," he explained. "There was a gray area, and when we started to put it back together, the best of these episodes are the ones that look completely different than the beat sheets we had when we came on out expecting to tell a different story."

Klepper has also put a lot on the line for the show. During filming for Episode 3 of the docuseries, he was arrested in Atlanta while protesting Georgia's policy of denying undocumented students admission to state universities. The above clip shows Klepper joining a group of activists from Freedom University. According to the university's website, in attendance were 10 undocumented students, who each wore homemade butterfly wings to identify themselves as migrants.

"I was really inspired by these students [and] the story that they told," Klepper continued to Vulture. "Their desire to have an education was so pure compared to my experience in high school just assuming that I could have some of the pathways to college that these students did not have. They also had such a clear plan of the way in which they use the history of the civil-rights movement and of activism to gain attention. And I will say, even up until that moment, I had fears of like, Is this the right thing to do? I want to say I amplified these students' voices. I think that does feel right."

Working on the show took a physical toll on Klepper, too. He told Vanity Fair he broke his foot during filming because he was standing for too long, and has "weak" and "brittle" feet. He added that he also likely contracted gout after day drinking with astronaut Scott Kelly, who was featured in Episode 7 of the docuseries. "I came home, was like, 'Yeah, I spent the day drinking beers with a man who spent over 500 days in space,'" Klepper recalled. "And then my foot starts hurting again, and I'm like, 'Motherf*cker.' I go in to the doctor. He was actually like, 'I think you have gout.'"

Klepper previously hosted a Comedy Central show called The Opposition with Jordan Klepper, which was canceled after one season. The show, which concluded in June 2018, followed Klepper in an alt-right persona as he interviewed people about political hot topics, often getting conservatives to say horrifying things on camera. But while it has a similar name, Klepper is the polar opposite of The Opposition. Not only is the host being his (seemingly) authentic self, but the project is more educational than it is humorous and jaded.

As for whether Klepper will return for Season 2, it's too early to say for sure. Season 1 received fairly positive reviews, but it may boil down to viewership. Fortunately, Comedy Central's Corporate was recently renewed for a third and final season, so news about Klepper may not be far behind. Hopefully, Klepper will get another chance to continue spotlighting American activists and pressing political issues.