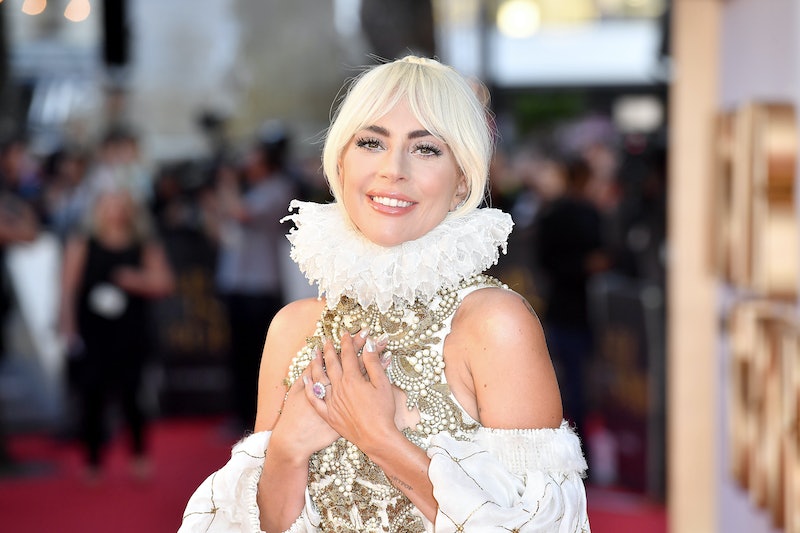 Ever since the world was introduced to Lady Gaga, via her first single "Just Dance" in 2008, she's become an increasingly big deal. The world's clung on to each of her iterations — meat dress Gaga, super smart Gaga, cowboy Gaga, "I'm just like one of you" Gaga — but which Gaga will she be next? Now that she's become a big movie star — her performance as Ally in A Star Is Born may even win her an Oscar – I'm expecting ultra glamazon Gaga. So, will Lady Gaga release a new album in 2019?

The working title for Gaga's next album — which will sound familiar to Little Mix fans — is simply LG6, according to NME. Maybe she'll even follow in the Mix's stilettoed footsteps and keep the title. Either way, I predict that you'll be able to hear the album soon. If her previous discography's anything to go by, then LG6 should be due for a 2019 release.

Ever since her 2008 debut, The Fame, Gaga's kept things pretty regular, leaving no more than three years between albums. Since her last album Joanne came out in 2016, if I was a mathematician — which I am definitely, definitely not — I'd say that a 2019 release was almost certain. I've checked in with her rep to see if my suspicion can be confirmed. While I haven't had an immediate response, I'll update you once I hear back.

What I do know for sure, though, is that there are some pretty exciting collabs in the works. Rumours that Gaga's been working with the queen of PC music, Scottish producer and amazing musician, SOPHIE have just been confirmed. When Stereogum just straight up asked SOPHIE about it back in July, she said that "Yes," she had been working on the new Gaga album. If SOPHIE's involved, that means industrial noise and loud, avant-garde beats — something that I can certainly imagine Gaga getting on board with.

Although a more experimental sound is likely, there'll probably be some classic pop bops thrown in too, since Out reports Mark Ronson's rejoining Gaga again, after working with her on Joanne. However, since SOPHIE's also involved, I reckon this next one will be more Artpop than Joanne. There's even the possibility that LG6 could be Artpop's younger sister.

As Gay Times pointed out back in August, an Artpop sequel "certainly isn't a new idea." As they reported, Gaga told Ryan Seacrest on his Top 40 radio show back in 2014 that "There’s a strong possibility I will release another volume of ARTPOP, and I’m really hoping that it’s soon.” So am I.

Although Artpop unsettled some fans initially, its legacy has developed over time, and it stands out as the most experimental and rebellious among Gaga's releases. A return to that sound won't just be a real risk — which I predict will pay off — but a complete 180 from the more conventional Joanne. That's the Gaga I love. The one who offers a bit of everything.