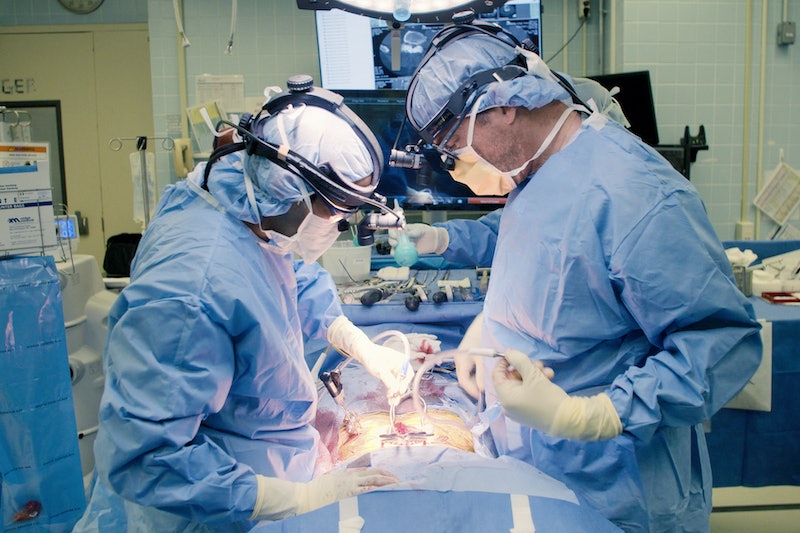 Netflix's new Lenox Hill docuseries may look like the IRL Grey's Anatomy, but don't tune in expecting steamy on-call hookups and dramatic, once-in-a-lifetime cases. The show follows four real doctors navigating the day-to-day realities of working in New York's Lenox Hill hospital, and while it's just as high-pressure as Grey Sloan Memorial, it's also stunningly mundane. That could change, however, if Lenox Hill returns for Season 2. (Netflix has yet to announce if it plans to continue the series).

The COVID-19 pandemic has put immense stress on hospitals across the world, creating an even more intense, chaotic environment for doctors as they struggle to treat a virus we still have limited understanding of with diminishing protective gear to keep themselves healthy. According to The Guardian, close to 600 healthcare workers have died of COVID-19, and that number will only continue to rise in the weeks ahead.

This has led the rest of the world to gain a newfound respect for healthcare workers, only reinforcing the need for a show like Lenox Hill that puts faces to the heroes we know them as and portrays them as human beings.

"We are always looking for powerful human stories, and there's no doubt that the healthcare environment engulfs many dramatic, inspiring, and sensitive moments," Lenox Hill creator Ruthie Shatz told TV Insider. "It's our hope that we can provide real-life role models for young people, and ask the question, 'What does it really mean to take meaningful action, to be a thoughtful person, and to take steps to contribute to society and truly enact change?'"

It's unlikely that Netflix continued to film at Lenox Hill during the peak of COVID-19, considering the safety hazard that would present. But the virus isn't going anywhere, and it will continue to be a central focus of the healthcare system as scientists work to develop a vaccine. Now, more than ever, people will want to know what's going on behind the scenes, and that could very well lend itself to a second season of Lenox Hill.