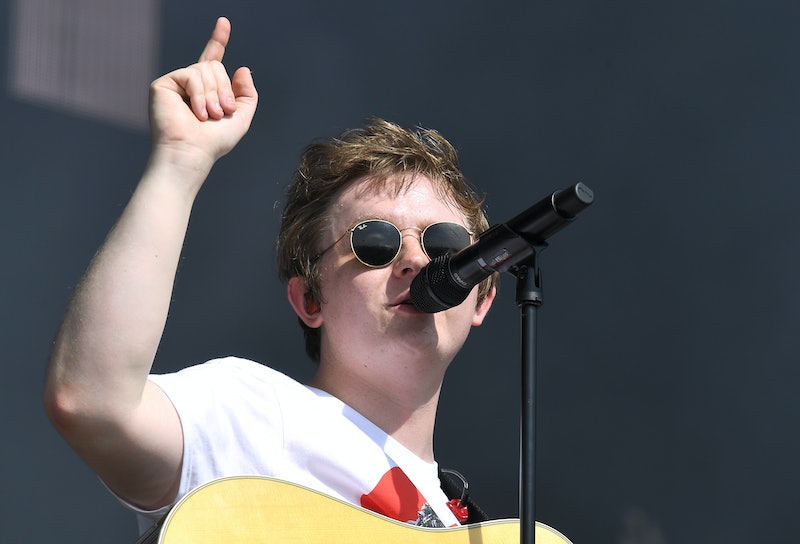 Following the release of his debut album Divinely Uninspired to a Hellish Extent, which reached the top spot of the UK albums chart, British singer-songwriter Lewis Capaldi made quite an impression in 2019. The "Someone You Loved" singer also hit the headlines after his set at Glastonbury, so fans might now be wondering when they'll get a chance to see Capaldi perform live. So will Lewis Capaldi tour in 2020?

The answer is, yes, Lewis Capaldi is indeed going on tour in the UK next year. The "Hold Me While You Wait" singer announced his first ever arena tour back in April, and will perform five UK shows in March next year.

Capaldi will first perform for two consecutive nights at the O2 Apollo in Manchester on March 2 and 3. Just a couple of days later, Capaldi will touch down in Scotland for a homecoming gig at the SEE Hydro in Glasgow on March 5. The singer's next UK stop is scheduled to take place on March 11, at the Motorpoint Arena in Cardiff — and the final stop on Capaldi's 2020 UK tour is set for March 12, at the SSE Arena in London.

Sadly there's bad news for those who haven't bagged tickets already, as these five shows have all now sold out.

According to the Metro, Capaldi's arena tour will mark the introduction of his new campaign, known as LIVELIVE. The campaign has been set up by the singer to offer support for fans who suffer emotional difficulties, and have anxiety about attending large-scale concerts. In a statement explaining the aims of the initiative, Capaldi said:

"I always get tonnes of messages from people online who have said they want to come to my shows but can’t because they’re struggling massively with anxiety or are just generally afraid they will have a panic attack during the show. I really wanted to put something in place to help those people feel comfortable and offer them support to allow them to experience the shows."

The singer then continued, "I just hate to feel that anyone’s anxiety is making them miss out on anything they want to do and LIVELIVE is my attempt at helping make these shows enjoyable for as many of those people who have been supporting this journey for me!"

This article was originally published on July 12, 2019