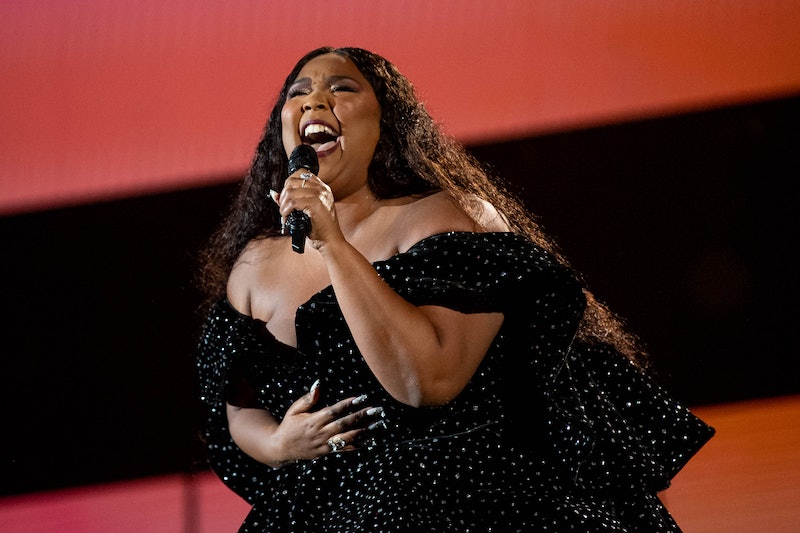 Following a string of hit singles, international chart success and a recent sweep at the 62nd Annual Grammy Awards, Lizzo has cemented herself as an undeniable force in the world of music. The "Truth Hurts" singer was also recently announced as one of this year's BRIT Awards performers, and has been recognised in one of the ceremony's most prestigious categories. But will Lizzo tour the UK in 2020?

According to her official website, Lizzo is unfortunately not currently scheduled to tour on this side of the pond in 2020. However, it's still early days of the year, and the Grammy Award-winner could very well have some exciting announcements up her sleeve. In the meantime, however, we'll just have to wait and see — and for more information, I have reached out to the singer's representatives, and will update with any news the second it becomes available.

Although Lizzo is yet to announce any UK tour dates, the "Juice" singer will be gracing the stage at the 40th annual BRIT Awards, which is due to take place on Tuesday, Feb. 18, at The O2 Arena in London. As The Independent reports, Lizzo joins a star-studded lineup of confirmed performers at this year's ceremony, which includes the likes of Harry Styles, Stormzy, Billie Eilish, and more.

According to NME, the "Good As Hell" performer has also bagged herself a nomination for Best International Female Solo Artist, and finds herself in the category alongside Ariana Grande, Billie Eilish, Camila Cabello, and Lana Del Rey.

As the BBC reports, Lizzo recently topped-off a whirlwind year of success at the 2020 Grammy Awards in Los Angeles, where she took home three golden gramophones for Best Pop Solo Performance, Best Urban Contemporary Album, and Best Traditional R&B Performance. During the ceremony, the U.S. singer also treated fans to a stunning rendition of her single "Cuz I Love You," as well as an energetic performance of her smash hit "Truth Hurts" — and according to The Sun, Lizzo kicked off her Grammys set with a touching tribute to basketball star Kobe Bryant, by emotionally stating that "tonight is for Kobe."

So, although we're still waiting on those UK tour dates, I'm sure Lizzo will be making her way over to Blighty soon, and in the meantime, you can look forward to her performance at the Brit Awards 2020, which airs on Tuesday, Feb. 18 at 7.30 p.m. on ITV1.