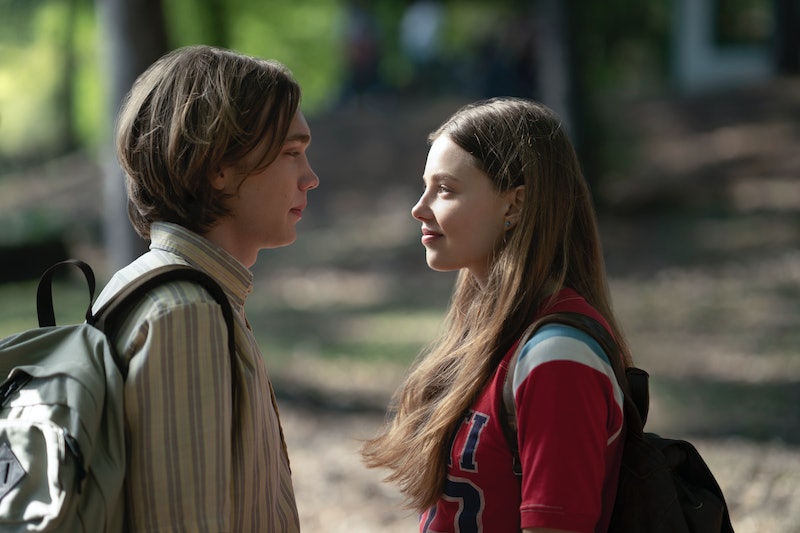 Considering the book it's based on had such a definitive ending, it's unlikely that Looking for Alaska will return for Season 2 — especially since it's being billed as a limited series. The show follows John Green's 2005 novel closely, and by the time the credits roll, its story feels resolved. However, for those enamored with the mild-mannered Miles Halter (aka Pudge) and his ragtag, prank-pulling group of friends, not all hope is lost. Big Little Lies Season 1 was based on Liane Moriarty's 2014 novel, and yet still — after much contention — managed to find a way to expand the story into Season 2. The same can be said for Hulu's adaptation of The Handmaid's Tale, which covered the entirety of Margaret Atwood's original book in Season 1 but recently finished its third season (Season 4 premieres in 2020). And it seems like Green is open to the idea of continuing the show.

"I would not be super-interested in participating [in a second season]. (I also think it's very unlikely)," the author wrote during a 2018 Reddit AMA. "But one shouldn't say never. Who knows. Maybe Season 2 would be the story of Pudge joining a ninth tier English soccer team called AFC Wimbledon that's just beginning to work their way up through the leagues in what will within nine years be the greatest comeback story in the history of sports."

If Looking for Alaska does return, it could be a long wait until it actually makes it to screen. According to Variety, Paramount purchased the film rights to the book shortly after its release in 2005, meaning that it took over a decade to bring the project into fruition. Gossip Girl and O.C. creator Josh Schwartz was originally attached to write and direct, and though he did ultimately helm the TV version, there were several roadblocks along the way.

For some reason, the initial project was shelved, as were all future attempts at a film adaptation. "[Alaska] bounced around various studios as a feature film before it became an eight-episode series. It was probably not ever really a studio movie," Schwartz told the New York Post. "It wasn't particularly high-concept [since] it dealt with weighty themes and had a mystery at its core that intentionally could never be solved. It was a tricky adaptation."

After the movie lay idle for some time, actor Sarah Polley was tapped in June 2014 to write and direct. One year later, it was announced that Rebecca Thomas (Stranger Things) would actually direct. Again, that didn't work out.

According to a 2016 MTV News article, Green wrote in a series of now-deleted tweets that Paramount hadn't been returning his calls. "They've tried to make a movie a bunch of times, but it's always fallen apart for one reason or another," Green said on his webseries, Vlogbrothers. "And at this point, I'm not involved in the project in any way. I'm not gonna lie, it definitely bums me out."

Fast forward to May 2018, when Deadline announced that Looking for Alaska was moving forward as a collaboration between Paramount and Fake Empire (Josh Schwartz and Stephanie Savage's production company) — just as a show instead of a movie. Fortunately, Green appears to have been quite involved. "I spoke to Kristine and Charlie on the phone yesterday and it was really special to have a conversation with the people who will become Miles and Alaska," he wrote on Instagram in October 2018. "I'm so grateful to them and to everyone involved with the Looking for Alaska series. It's all starting to feel very real!"

Schwartz confirmed Green's involvement in an interview with TV Guide, saying, "John has been an incredible partner in this.... Very generously he reads all the material, he watches all the cuts, he gives his thoughts. And he's very generous — both with his time and also with allowing us to make this adaptation in the way that we feel is best for this medium."

If Looking for Alaska comes back for Season 2, hopefully it won't take as long as the first time around. And if not, it's probably better that the series exists as a finite piece of work. After all, Pudge doesn't seem like he'd be a very good soccer player.