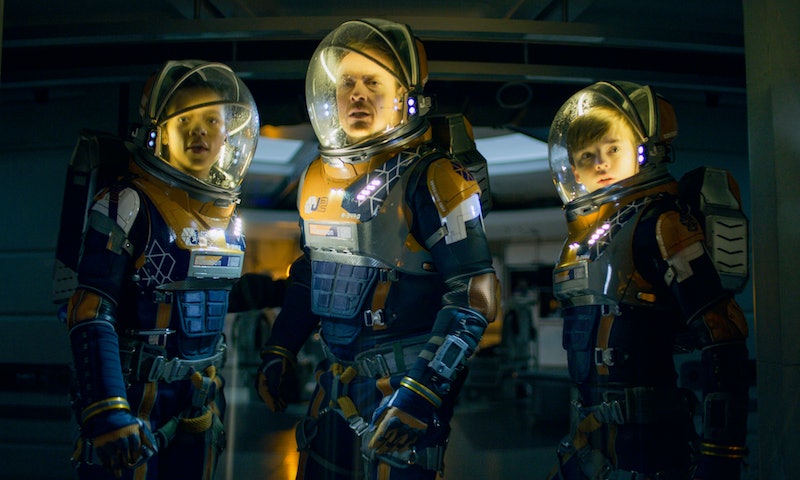 Doctor Who won't be gifting fans with a Christmas episode this year, but there is one space-traveling series that hit Netflix just in time for the holidays: Lost in Space Season 2, which once again finds the Robinson family, well, lost in space. (It's the title for a reason, folks.) But even if they do manage to find their way off this new and mysterious ocean planet, that doesn't necessarily mean Lost in Space will return for Season 3. But while the vastness of space may offer plenty of possible storylines to tell, that doesn't automatically guarantee that show's safety.

As of now, Netflix has yet to officially renew Lost in Space for a third season, which shouldn't come as a big surprise given that Season 2 only just debuted on the platform. In fact, back when the show's first season hit the streaming service back in April 2018, Netflix didn't announce its Season 2 pickup until a month later, meaning a possible Season 3 could follow a similar pattern. Then again, perhaps the series will go the way of so many other Netflix shows of the past and have a shorter lifespan than fans would like (RIP Friends From College). So until the streaming service gives the official word, there's no way to really know how this will all pan out.

When it comes to the masterminds behind Lost in Space, though, they would very much like to see the series continue on for a longer period of time. Back in 2018, showrunner Zack Estrin hinted to The Hollywood Reporter that he already has a plan mapped out for how Will's character will continue to grow from what fans have already seen in the first season.

"If Netflix decides to do a season two, we want to focus on our young cast coming of age. Our kid actors are going to age, so we want to embrace that with our storytelling," Estrin told the outlet back in April, prior to the Season 2 pickup. "If you look at Will throughout the first 10 episodes, he goes through an incredible arc. He's come a long way from the boy who didn't want to jump into the water in the pilot. He achieves a level of confidence and bravery that will play out over the coming seasons."

That fact that Estrin uses the phrase "over the coming seasons" indicates that he doesn't want it to end at just two installments and has a much bigger game plan in mind. Let's just hope Netflix gives him the opportunity to put those ideas to good use.