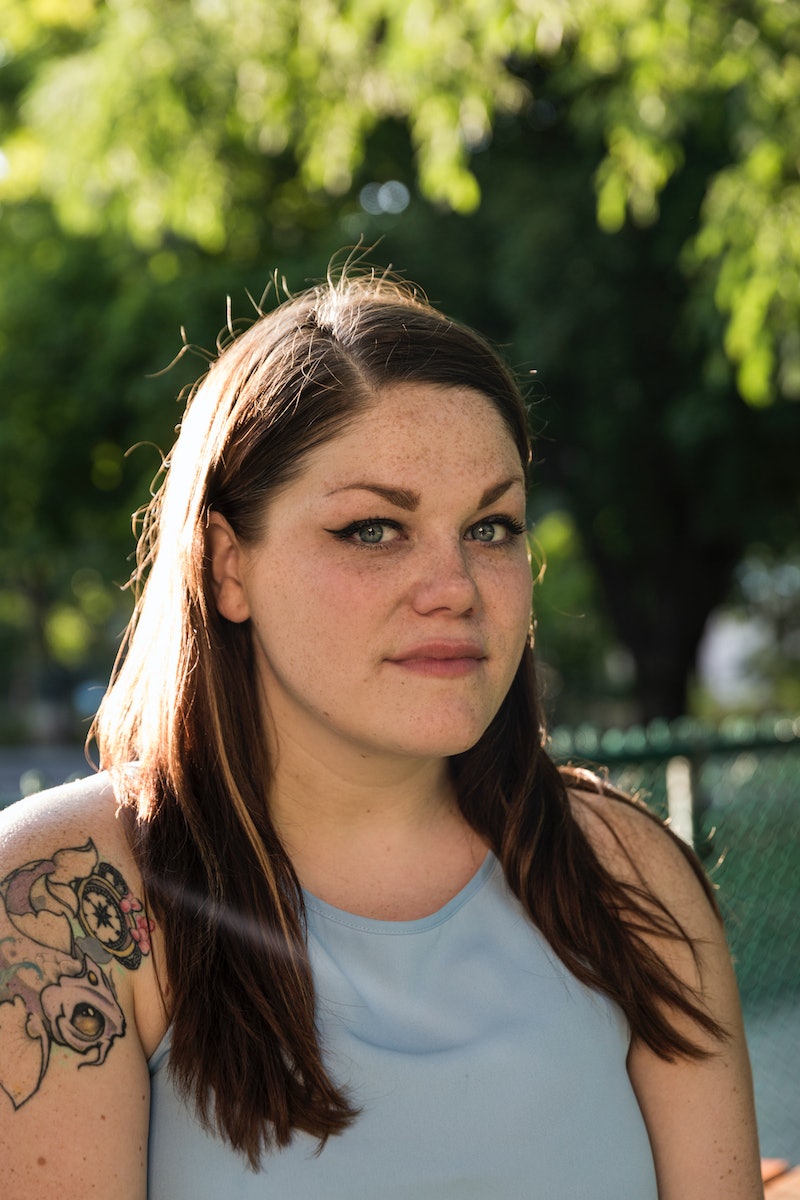 Over the last few weeks, Jane Hart has bravely shared her complicated journey with Dissociative Identity Disorder (DID) on the new A&E docuseries, Many Sides of Jane. The first season follows Hart through the beginnings of therapy shortly after being officially diagnosed with DID. Because she's still in the early stages of learning and understanding her disorder, there's definitely potential for a Many Sides of Jane Season 2, but A&E has yet to officially renew or cancel the show.

The series dives deep into what life is like for Hart and her nine "parts," or different personalities — all of whom have unique names, ages, and traits. DID has developed an unfairly notorious reputation thanks to films like Split and Psycho, which tend to portray people with the disorder as unstable antagonists. But, Hart is a 28-year-old single mother of two young boys, and her life is, on the surface, pretty "normal."

"DID is nothing like Hollywood portrays it," Hart recently told People. "When people look at someone with DID they immediately think, 'That person has someone inside who wants to kill people.' But that's just not how it works."

Hart was diagnosed with DID as the result of experiencing intense childhood trauma that went unresolved for years, which is common among DID patients, according to the Cleveland Clinic. Her parts represent her at different times of her life and within different sections of her psyche, and they help her categorize and cope with her trauma in their own ways. They range from ages six to 28.

"DID literally protected me and saved my life," she told People. "It's the mind's way of preserving the psyche. But it's also a life sentence." That's why therapy is so important for Hart, because it allows her to dissect and learn how her DID works in a safe space.

According to the show, experts estimate that over 3.25 million Americans have DID. "The different identities can be thought of as compartments that form as a kind of mental insulator," psychiatrist Richard Chefetz, M.D., a specialist on the disorder, told People in the same interview. "They isolate the everyday healthier part of the person and contain the traumatic experience in a person's mind where they don't have access.”

Because Jane is still getting to know her parts, they are still learning to reveal themselves in healthy ways around her friends and family. Her mind can often switch from one part to another in times of stress or emotional peaks, but Jane understands that they are a part of who she is, and she embraces that. "The goal of therapy is not to get rid of my parts," she says on the show. "It's to get them all to communicate and work together like a family."

Many Sides of Jane also shows how difficult it can be for people with DID to develop a healthy dating life, because not all of their parts may agree on one romantic interest. Jane struggles with those conflicting feelings and more throughout the series, but is optimistic about her future. Hopefully, we'll get to see more sides of Jane after the series finale airs Feb. 19.