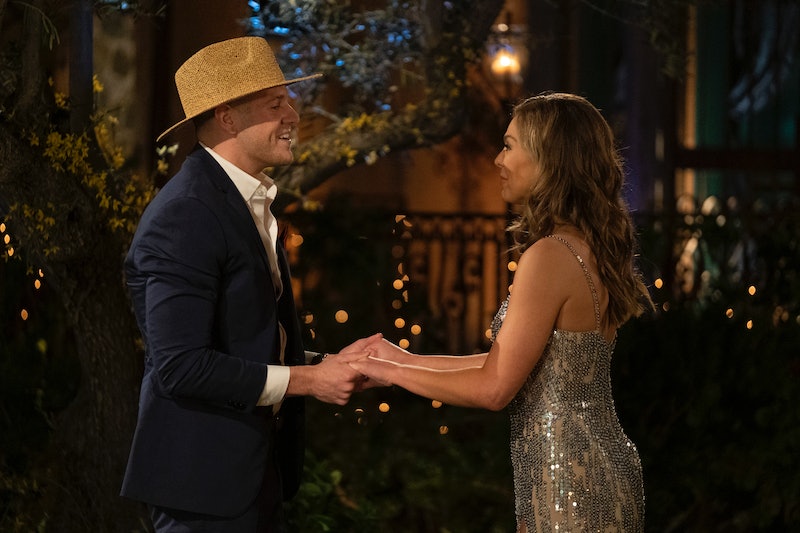 Being eliminated from a reality dating show has to be feel disheartening, but being sent home on the very first night is enough to make anyone want to swear off on-camera romances entirely. But when it comes to Hannah B.'s former Bachelorette contestant Matt Donald, who walked away rose-less on the very first night of the season, he's still ready and willing to find love on national television. So does this mean that Matt will be on Bachelor in Paradise Season 6? He's already spoken out about his thoughts on the matter and what his answer would be if the opportunity was presented to him.

During an interview with People back in May, Matt hinted at his interest in the spinoff series. “If Paradise is offered I would definitely go,” he told the outlet at the time. “I believe in this process and could see myself falling in love there.” Matt even went so far as to indicate who he would most like to pursue a relationship with if their paths crossed in Mexico. “I’ve always loved Kristina Schulman but I don’t know if she’s going to be back there,” he explained. “I like Tayshia [Adams] a lot too. She seemed really sweet and genuine on Colton’s season.”

Tayshia was actually revealed to be one the main cast members for Season 6, so Matt's wouldn't be completely out of reach. The only problem is that among all of the people listed as participating in Bachelor in Paradise this year, Matt's name has yet to come up. Granted, just because he wasn't mentioned in the central list doesn't mean he couldn't show up at some point during the season. Numerous Bach alums are known to pop up at any given point apart from the main cast, so you shouldn't him out entirely just yet. But if you were hoping to see him right off the bat during the premiere, you may be disappointed.

Upon his elimination, fans immediately started referring to Matt as the new Grocery Store Joe, who developed a huge fanbase during Becca's season despite the fact that he was eliminated so early. But that "gone-too-soon" label ended up working out in his favor and earned him a spot on BIP Season 5 where he met and fell in love with his current girlfriend Kendall Long. Perhaps Matt, too, will have the chance to find a similar happy ending.

It's also important to note that Matt still stays in touch with some of his former fellow Bachelorette contestants, which bodes well for him remaining a prominent member of the franchise. "What an experience...Who would’ve thought getting the boot night one would have me walking away with life long friends?" Matt captioned a photo he recently posted on Instagram. "Still pinching myself and so incredibly thankful!"

So whether he ends up appearing on Paradise or not this season, Matt doesn't seem to have any regrets from his time on the show, regardless of how brief it ultimately ended up being.