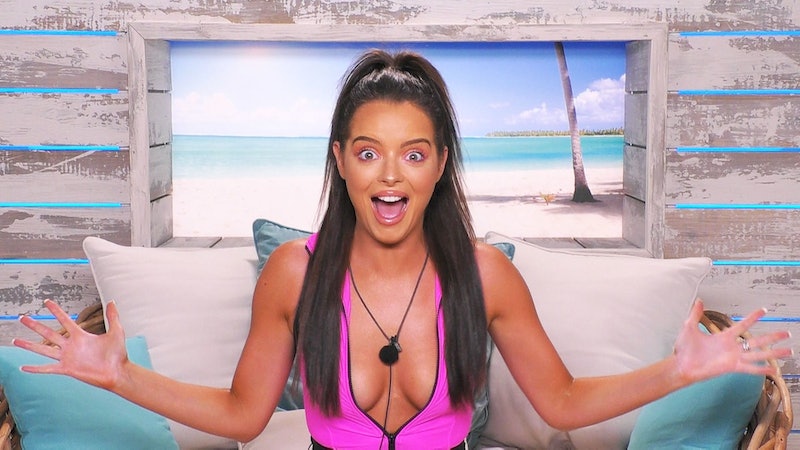 The latest series of ITV2's Love Island feels like a world away. However, the show's most recent contestants are still reaping the benefits of their new found fame, and many former-Islanders have some exciting new projects on the horizon. Post-villa life usually involves social media influencing and the occasional brand deal, however many of our favourite ex-Love Island stars venture back into the world of reality TV, including Maura Higgins — who is currently linked to a certain ITV skating competition. But will Maura Higgins be on Dancing on Ice?

Update: It has been confirmed that Maura Higgins will be joining Dancing On Ice 2019.

Previously: Well, Higgins is indeed rumoured to be appearing on the next series of Dancing on Ice, and when speaking to Digital Spy at the recent TV Choice Awards, the Love Island finalist addressed the speculation. She said, "I have heard but I have heard a lot about things I am supposed to be on. Who knows? I'm taking every day as it comes. There are a lot of exciting opportunities there. I can't comment on anything because I really don't know." So, it seems Maura isn't giving too much away, and her involvement in the celebrity ice-skating competition is yet to be confirmed.

I have reached out to ITV for comment on the rumours, and will update with any new information the minute it becomes available.

According to The Sun, if the rumours turn out to be accurate, Higgins will follow in the footsteps of fellow ex-islanders Kem Cetinay and Wes Nelson, who appeared in the 2018 and 2019 series of ITV's popular skating series, respectively. Originally, it was this year's Love Island champ Amber Gill who was linked to the upcoming series of Dancing on Ice, however, a source later revealed that Higgins had pipped Gill to the post. Speaking to the newspaper, the source revealed, "Dancing On Ice producers were always going to sign a Love Island star for next year’s series and they wanted a girl this time after having two guys in the past. It was looking hopeful for Amber but Maura pipped her to the post with her sense of humour and personality."

The source went on to reveal that Higgins' current partner, Love Island's Curtis Pritchard, could be lending his dance expertise prior to her appearance on the ITV series. Speaking to The Sun, the source added, "Maura is hoping Curtis can now teach her more moves, even though she will be on the ice."

Despite being joined at the hip since leaving the famous Love Island villa, Pritchard recently revealed that he hasn't officially asked Higgins to be his girlfriend (yet). According to Digital Spy, Curtis made the revelation during a recent appearance on ITV's This Morning, after the pair were grilled by hosts Holly Willoughby and Philip Schofield — and when pressed about the current status of their relationship, Pritchard replied, "you've caught me off guard here. I'm really happy with how this is going, I haven't asked her to be my girlfriend…"

Despite being coy about their relationship, this Love Island couple could really go the distance, and I'm looking forward to seeing the pair move onto their next exciting TV ventures.