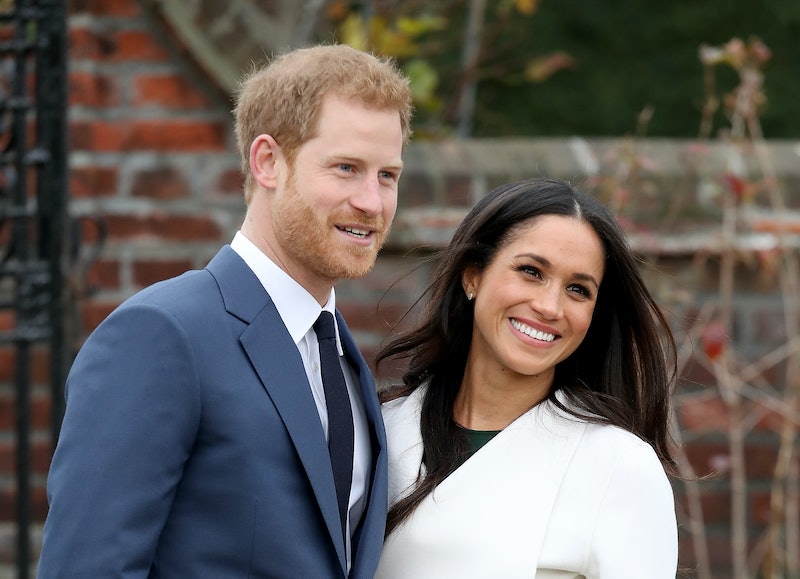 The engagement is official, and now the next most important thing to address is whether Prince Harry and Meghan Markle's wedding will air live. There's been no announcement yet as to the details, but all signs point to yes. That's because, when Harry's brother Prince William married Kate Middleton in 2011, the royal event was broadcast live on multiple networks, enabling fans to tune in worldwide. Spring 2018 is general date set for the wedding between the American actor and the Prince of Wales in a statement released Monday by Clarence House, and the announcement doesn't get any more specific for the moment, but promises that "further details about the wedding day will be announced in due course." However, if you can't wait for those details to solidify, turn your gaze back in time to April 2011 and the most recent Royal Wedding, because it holds a lot of answers.

After a similar Fall-to-Spring engagement, Prince William of Wales and Catherine Middleton became the Duke and Duchess of Cambridge. Cameras surrounded them throughout the nearly four-hour event, sending footage back to a wide range of networks including ABC, CNN, and BBC, all of which provided live coverage. The Apr. 29 ceremony began at 10:00 a.m. in the United Kingdom, but the time difference required Americans to tune in beginning at 4:00 a.m. to catch all the coverage.

And tune in they did, despite the early hour. Deadline reports that 23 million Americans watched 2011's Royal Wedding, giving it higher ratings even than Princess Diana and Prince Charles' wedding in 1981. And although British viewership wasn't quite as high in 2011 as 1981 — 27 million for Will and Kate versus 28.4 million for Di and Charles — the numbers are still wildly impressive.

It's the kind of viewership that virtually ensures a repeat performance for Meghan and Harry's wedding in Spring 2018. The British Royal Family is all about ritual and spectacle, so they'll no doubt want to invite the rest of the world to share in the exciting ceremony. And this time around, American viewers will have even more reason to wake up in the wee hours and tune in.

As you're no doubt aware, Meghan Markle is an American, a fact which will likely pull in even more viewers from the United States than the 2011 event. To those already-impressive numbers we can add on Suits fans, Fringe fans, and basically all of Black Twitter that's psyched to see a mixed race woman become part of the British royal family.

In short, this was always going to be an Event with a Capital E. But the added element of Meghan Markle being famous on American soil in her own right is likely to blow the top off of it.

So even though we're still in the early hours of the announcement, and nothing is solidified yet, one of the safest bets you can make is that the Royal Wedding 2.0 will be televised from start to finish. Just like in 2011, there will likely be dozens of reporters dispatched from every network lucky enough to get broadcast rights, behind-the-scenes coverage, follow-up documentaries, and plenty more documentation of what promises to be a very special day.

The Spring 2018 ceremony will be covered from every angle imaginable, even the ones you haven't thought up yet, and the live coverage will likely be the jewel in the center of that crown. (Jewel... crown... get it??) So whether you're still hoping for an invite, planning to line the streets of London, or just watch from your jammies on the couch, you won't have to miss a single moment of this historic — and thrilling! — event.