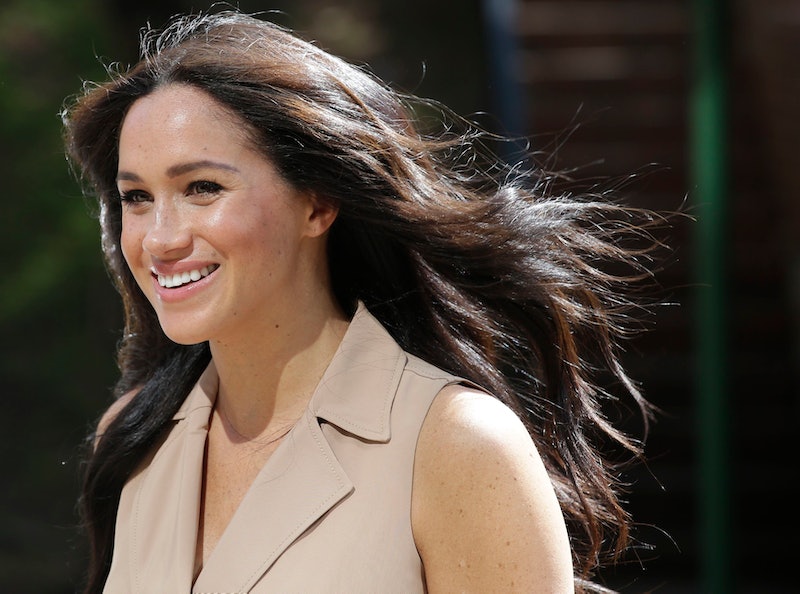 Could Meghan Markle be heading back to Hollywood? Prince Harry and Meghan’s time as Duke and Duchess of Sussex will officially come to an end on March 31, after which the couple will embark on financial independence from the Royal Family. But the question is, how exactly will they earn a living away from the Palace? Will Meghan return to acting or will she try something totally new?

Well, it turns out Meghan has already made moves to step back into her acting shoes. The former Suits star has already agreed to provide a voiceover for Disney in return for a donation to Elephants Without Borders, an anti-poaching organisation, the Times reports.

There are also reports that Meghan is interested taking part in a superhero movie, although nothing has been confirmed on that front.

With March 31 fast approaching, Meghan and Harry are in the midst of carrying out their final royal duties. On Feb. 26, Harry attended an event in Edinburgh to promote his new travel initiative, Travalyst. "He's made it clear that we are all just to call him Harry," host Ayesha Hazarika announced to the audience when introducing the royal on stage. "So ladies and gentlemen, please give a big, warm, Scottish welcome to Harry."

It has been confirmed today (March 2) that Meghan and Harry's final royal appointment will be the Commonwealth Service on March 9. Daily Express royal correspondent Richard Palmer wrote on Twitter: "A last hurrah. Confirmation from Buckingham Palace that both the Duke and Duchess of Sussex will be at the Commonwealth Day service at Westminster Abbey on March 9. They will join the Queen, Charles and Camilla, and the Cambridges at the service."