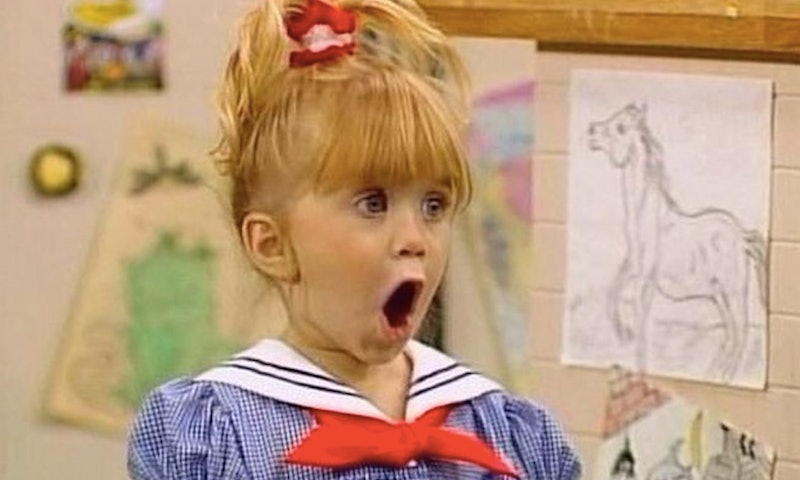 One of the key ingredients to many of the reboots and revivals currently airing or in the works is having members of the original cast return to reprise their beloved roles. It all helps to feed into that nostalgia from the past, which is why, even after three seasons on Netflix many viewers out there are probably still wondering if Michelle will return for Fuller House Season 4, despite the fact that she's been completely MIA up until this point. You always can't help but wonder if circumstances will change, however Mary-Kate and Ashley Olsen, who played the youngest Tanner sibling in the original series, have made their feelings about coming back to the show very clear.

Though it was impossible to grow up in the '90s and not watch one of their many different movies or detective series, the sisters made the decision to step away from acting and set their sights on the fashion industry, which has proven to be very successful. In fact, they even won a CFDA back in 2014 for Accessories Designer of the Year for The Row and are in charge of numerous fashion brands. Which is why it's highly unlikely that the duo would take a break from their current careers to make a cameo on the Netflix reboot.

Of course, that doesn't mean that the cast and crew hasn't tried their hardest to get this dynamic duo back on the Full House set. Those on and off camera have made numerous attempts to convince the Olsen twins to return, but to no avail. But that certainly hasn't stopped them from mentioning Michelle in passing and sometimes even making obvious nods at their noticeable absence.

During the very first episode of Fuller House, Danny explained that “Michelle sends her love, but she's busy in New York running her fashion empire.” It was at this point that every single cast member on-screen stared directly into the camera. Pretty subtle, right?

That being said, there doesn't appear to be any hard feelings between the Olsens and the cast. In 2015, Fuller House executive producer Robert L. Boyett said in a statement, as reported by E! News, that they wished them all the best and respected their decision to not come back:

"Although Ashley and Mary-Kate will not be a part of Fuller House, I know how much Full House has meant to them and they are still very much considered family. It has been exciting to see how they have built their professional careers, and I support their choice to focus on their fashion brands and various business endeavors. I appreciate their support and good wishes towards Fuller House."

And if you think their answer has changed over time, then think again. Back in 2016, Jodie Sweetin, who plays middle sibling, Stephanie Tanner, told Entertainment Tonight that the show has “tried everything” to get the Olsens to appear in the Full House revival, but they’ve “kinda given up” asking at this point.

So no, in all likelihood Michelle won't be popping up throughout Season 4. Hopefully this means the series can finally move past the character's absence and stop drawing unnecessary attention to it. The Olsens have moved on with their lives, so the least we can do is respect their decision and do the same.