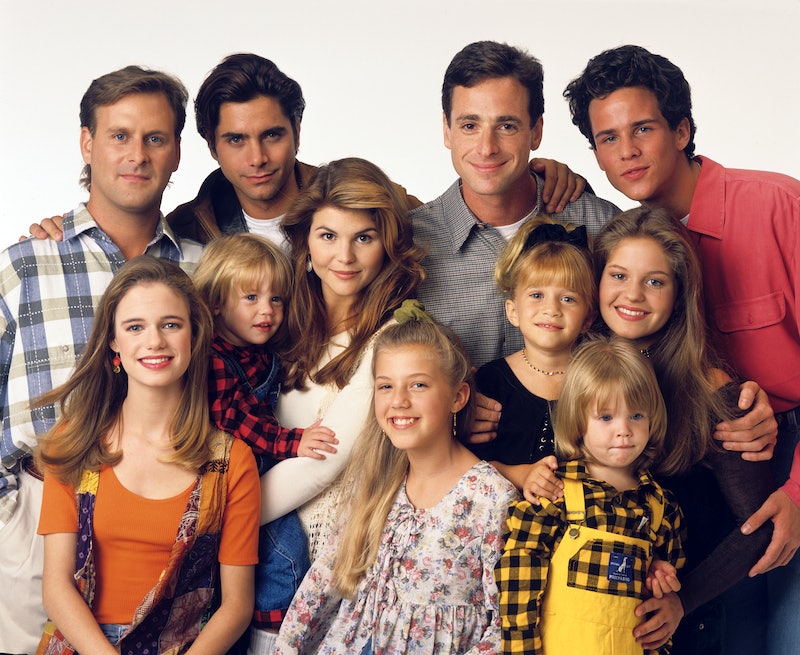 Considering that Mary-Kate and Ashley Olsen were such an integral part of the original Full House series, it’s impossible not to be at least somewhat curious about whether or not Michelle will be in Fuller House Season 5. It is the final season, after all, which means it’s the character’s last opportunity to make an appearance. However, the odds of that happening are looking less and less likely, especially after Candace Cameron Bure’s recent comments on the matter.

In a new interview with People, the Fuller House star, who plays DJ Fuller in the Netflix series, opened up about if fans should expect a cameo from the Tanner family’s youngest sibling and all but confirmed that the Olsen twins would not be showing up in the upcoming season. "I've been telling you guys since Season 1," Bure told the outlet. "You guys can hang on, have hope. I know the answer, I've given up. It's not even given up. We let that go day one."

That last part isn’t entirely accurate, though. Initially, the cast seemed to have a difficult time grappling with the Olsen twins’ decision not to be involved in the reboot. The characters have even gone so far as the comment on their absence on multiple occasions. In the pilot episode, Danny explained Michelle's absence, stating that she was busy in New York running her fashion empire. This prompted the characters to break the fourth wall and stare directly into the camera, looking equal parts frustrated and annoyed.

Sure, the jab (and the ones that followed) was undoubtedly meant to be harmless, but like with so many jokes, there's usually an underlying truth hidden beneath the surface. Back in 2016, Jodie Sweetin, who plays Stephanie Tanner, admitted to Entertainment Tonight that the show had "tried everything" to convince the Olsen twins to reprise the role, but to no avail.

Full House and Fuller House creator Jeff Franklin echoed that sentiment at the 2017 Paleyfest, as per Us Weekly, while adding that the offer would always be on the table. "When somebody rings a doorbell, the girls yell, 'It’s always open!' on the show so that’s kind of how we feel about the Olsen twins," he stated. "The door is open. But I think we’ve gotten enough nos. We’re kind of done asking."

It's a kind gesture, but one that the Olsens are unlikely to take him up on in the foreseeable future. They've taken the fashion industry by storm, even winning a CFDA for Accessories Designer of the Year for The Row back in 2014. It's clear that they've moved on and shouldn't feel pressured or obligated to return to acting if they don't want to.

Speaking of siblings, though, Bure revealed to Closer Weekly that her brother Kirk Cameron would appear in Season 5. (He'd served as a guest star of an episode back during the show's original run.) So if you're looking for a sibling reunion, that will most likely be the closest one you'll get. You got it, dude?

More like this
Ashton Kutcher Wants Danny Masterson “To Be Found Innocent” In Rape Retrial
By Jake Viswanath
All The ’70s Easter Eggs You Missed In 'That ’90s Show'
By Grace Wehniainen
At 28, Debra Jo Rupp Was Living A Much Different '70s Show
By Grace Wehniainen
The Banned 'Friends' Ad Shows Monica As You’ve Never Seen Her Before
By Sam Ramsden
Get Even More From Bustle — Sign Up For The Newsletter
From hair trends to relationship advice, our daily newsletter has everything you need to sound like a person who’s on TikTok, even if you aren’t.