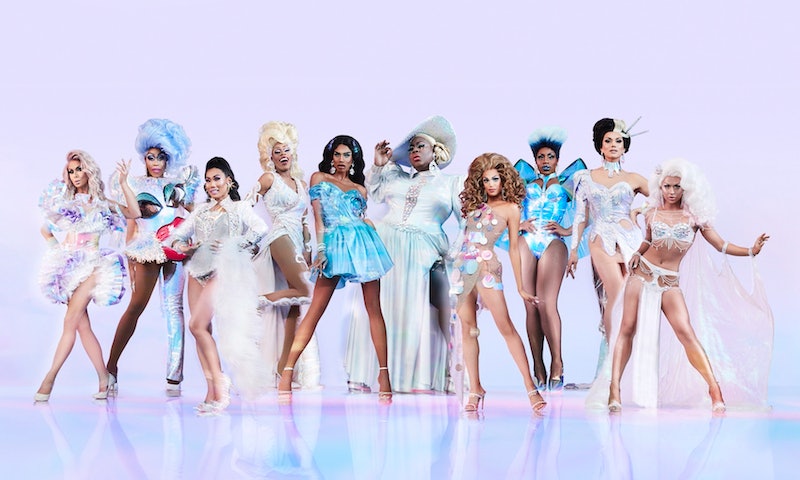 As we edge closer to the eleventh series of RuPaul's Drag Race next year, it seems that the success of this groundbreaking franchise knows no bounds. British fans of the hit competition show appear to be just as enthusiastic about each new season as our friends across the pond, with sold out Drag Race tours being held all across the UK. But will there be a British RuPaul's Drag Race?

After months of speculation, The Sun today reported that a UK version of the show will arrive next year on BBC Three. RuPaul is quoted as saying:

"I am beyond excited to celebrate the massive charisma, uniqueness, nerve and talent of the Queen’s queens. And before anyone asks, yes, we would be thrilled to have Meghan Markle join us, as we are already preparing a ‘Royal-Mother-To-Be’ runway challenge."

Speculation surrounding a potential British version has been circulating for quite a while now. One Drag Race producer, Fenton Bailey, recently teased fans of the original series that a UK edition of the show could indeed be on the cards. According to the Metro, Bailey told the BBC in June 2018 that "something is coming" after being asked about the possibility of a British RuPaul's Drag Race, and went on to add "Be afraid. Be very afraid. Nothing's impossible."

Adding to the speculation is British television icon Jonathan Ross, who has been linked to a UK version of the U.S. television phenomenon since 2014. According to the Huffington Post, the TV host bought the rights to the show here in the UK four years ago, and revealed to the Daily Star that he, alongside famed drag performer Jodie Harsh, had previously been working on a homegrown version of the show. He said: "Unfortunately we have had to take a break because of some family issues. But we’re hoping to pick it up again in the near future. I am definitely serving middle-aged realness."

Star of the legendary series, RuPaul himself, also previously addressed the idea of a British RuPaul's Drag Race whilst appearing on Channel 4's Alan Carr Chatty Man back in 2015. Speaking to Carr about the possibility, the drag superstar said: "TruTV has bought all the seasons of RuPaul's Drag Race, and then maybe it'll be the springboard for a UK version of Drag Race. Fingers crossed," and continued "You have a lot of great queens here, who are different from American queens. I mean the queens here are more nudge nudge, wink wink." The fierce 58-year-old then revealed that he believes a UK Drag Race would be "brilliant". He concluded "The English sense of humour, and I grew up watching Monty Python, it's more biting, it likes to take the piss out of things. And I love that, that's why a UK version of Drag Race would be so brilliant." Bustle reached out to RuPaul and Ross for comment.

So for now, British fans will just have to sit back enjoy the RuPaul fix right around the corner with the return of RuPaul's Drag Race All Stars Season 4. As previously reported by Bustle, the brand new season of All Stars returns to the UK on Saturday December 15 on Comedy Central (Sky Channel 112). Each new episode will air immediately after the U.S. at the later time of 1.30 a.m., and will also be available to watch on the channel's catch-up service.

And Christmas will be arriving early this year for fans of the long-running series, because on Friday December 7 the festive special, titled RuPaul’s Drag Race Holi-slay Spectacular, will air on VH1 across the pond. As reported by the Huffington Post, there has been no confirmation of when the festive special will air in the UK, but if the All Stars schedule here in the UK give us any indication, there's a good chance we'll get to feast our eyes on it soon.