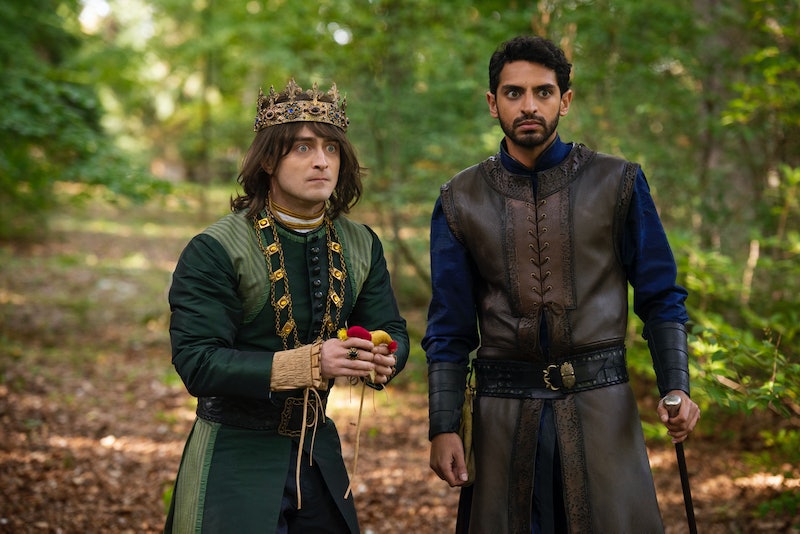 At this point, it seems pretty likely that Miracle Workers will return for Season 3. Though the show's viewership has dropped slightly (8%, according to TVSeriesFinale), it's still TBS' second most-viewed show with nearly a million viewers per episode. It also has an A-list class (hi, Steve Buscemi and Daniel Radcliffe), and has been well-received by critics and general viewers alike.

Still, nothing is set in stone. Season 1 ended in March 2019 and wasn't renewed until a few months later, in May 2019. A Season 3 announcement could take a similar amount of time. Nonetheless, the show's team is planning ahead; creator Simon Rich told Variety that an idea for Season 3 has already "started to coalesce" in his mind.

Miracle Workers' first season was based on Rich's novel What In God's Name and featured Buscemi as God and Radcliffe as an angel. The second season, in which Radcliffe played a prince and Buscemi a local poop scooper, was based on one of Rich's unpublished short stories. Should it happen, Season 3 will likely also pull from Rich's already written work. "All of the seasons are based on my fiction, so I assume I will mine from that again," Rich told Syfy. "But I also consult with the cast early in the process and we work together to craft the characters. They come into the writer's room. We picked the cast for a reason because they are versatile, fearless, and work well together. I solicit their feedback because I trust them, and they are as excited as we are."