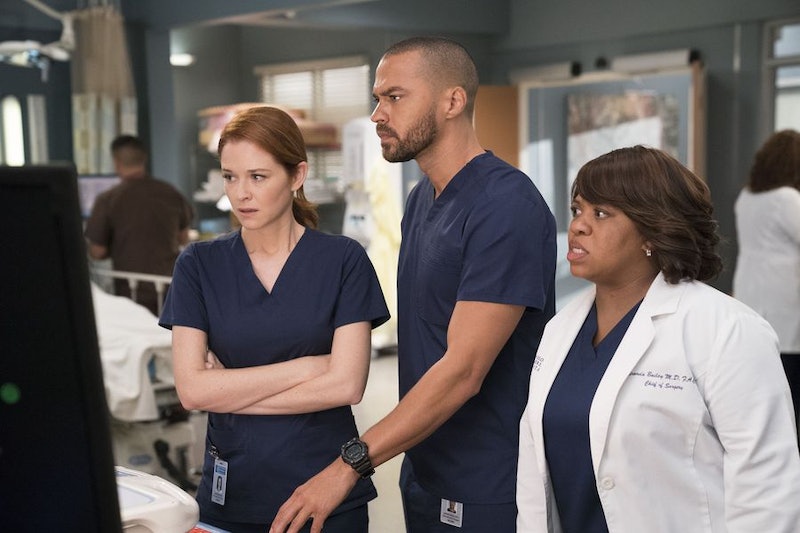 The original cast of Grey's Anatomy has dwindled over the years — in Season 14, we're down to a solid handful. Major SPOILERS ahead for Grey's Anatomy's Jan. 24 episode. Meredith Grey is still around (where would the show be without her?); Alex Karev is hanging; Richard Webber is cool; and Miranda Bailey is finally the big chief in charge. But, as is the pattern on Grey's Anatomy (director: Nicole Rubio), one of those cherished characters could be in danger — will Miranda Bailey die on Grey's Anatomy? Previews show her experiencing a sudden heart attack that could prove fatal.

Miranda is and always has been the rock on Grey's Anatomy. She's survived everything the show has thrown at her. Remember when she showed signs of obsessive-compulsive disorder and lost her surgery privileges, or when she delivered her own baby when her then-husband was in brain surgery? The woman has done it all, so it's immensely worrying that she could be leaving Grey Sloan. In a preview for Season 14, Episode 11, dubbed, "(Don't Fear) The Reaper," Miranda is talking to a nurse, telling said nurse that she, Miranda Bailey, strongest woman of all the strong women, is having a heart attack and needs to be treated immediately.

Now, before you worry too much, in 2016, Justin Chambers (Alex Karev), Chandra Wilson (Bailey), James Pickens, Jr. (Webber), and Kevin McKidd (Hunt), all renegotiated their contracts to extend their season orders. Those contract details didn't say for how long the characters would remain on the show, but chances are that Miranda Bailey is staying on the show. Chandra Wilson is even directing episodes these days, so she could never leave. Ever. We couldn't let her. Long live Miranda Bailey!

Interestingly enough, this health scare of Miranda's is inspired by a real-life event. According to People magazine, the episode is inspired by Grey's Anatomy writer Elisabeth Finch and her own personal experience. "[The writers] were wondering what that would do to someone that we love and respect and believe in so much as a leader and as a doctor," Finch said.

In her early 30s, Finch had knee pain that surgery and therapy didn't solve. "It got to the point where my doctor became very impatient with me and actually told me that he thought I was behaving like a neurotic Jewish woman," Finch said. "He dismissed me and said, ‘I don’t know if there’s anything I can do for you anymore.'”

In the episode, Miranda is facing a similar problem, with doctors thinking that she's not actually having a heart attack. “Because of who she is and because of what she knows, her symptoms aren’t taken seriously,” Chandra Wilson told People. “The part that’s familiar is the line that you walk when you’re dealing with physicians and unfamiliar hospitals where you know what you know but if you know too much then you get ignored. You’re either accused of being a hypochondriac or you can get dismissed if it appears you know too much. It’s such an interesting line.”

Interesting, indeed. All I know is that if Miranda Bailey were to die, it would be an event that would unmoor the entire hospital staff, especially Richard and Meredith. Richard is Miranda's mentor, and he would be devastated. Likewise, Miranda is Meredith's mentor, and even though Meredith likes to pretend she doesn't need help, she always has room for a pep talk from Miranda. Grey Sloan wouldn't be half the hospital it is without Miranda, and she needs to pull through to keep the show running. It's called Grey's Anatomy, but for many, it wouldn't be the same without Miranda Bailey.