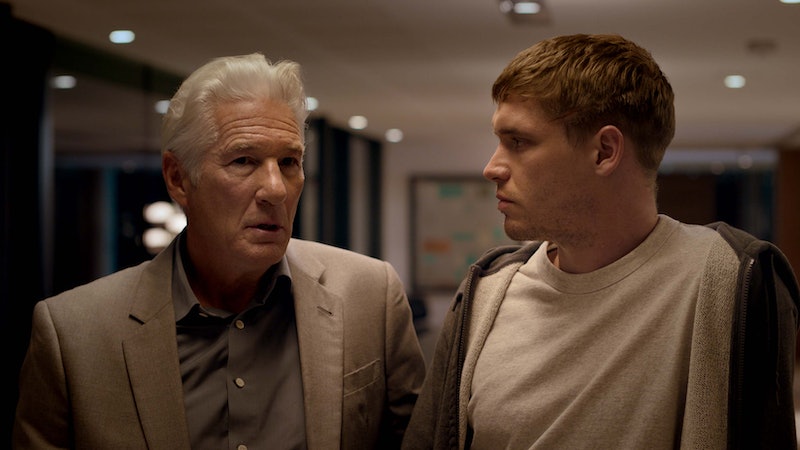 The BBC drama MotherFatherSon has been thrilling audiences ever since its debut earlier this year. The series centres around a family at the heart of a fictional business empire, which has a significant impact on British politics. The eight-part drama stars Hollywood legend Richard Gere, and concludes on BBC Two this week (Wednesday, April 24). But will MotherFatherSon return for season two?

News of a second series is yet to be announced, however, I have reached out to the BBC for comment and will update with any new information in regards to MotherFatherSon Series 2 once it becomes available. As previously mentioned, the BBC show revolves around the Finch family, who just so happen to run one of the most influential business empires in the world. The cast of MotherFatherSon includes Pretty Woman's Richard Gere as the self-made American businessman, Max Finch. His ex-wife Kathryn is played by Peaky Blinders star Helen McCroy, and their son Caden, who runs his father's national newspaper, The National Reporter, is portrayed by Dunkirk actor Billy Howle.

Other actors who appear throughout season one include Coronation Street star Sarah Lancashire as Angela Howard — a businesswoman turned MP. And Call the Midwife actor, Sinéad Cusack, plays the character of Maggie.

As reported by Deadline, Richard Gere's role as Max Finch in MotherFatherSon turned out to be the 69 year-old's first major television role. When speaking about his part in the BBC series, Gere said, "It’s been almost 30 years since I worked in television. I’m so pleased to be working now with the BBC on this extraordinary eight-hour project with such talented people and which resonates so much to the time we live in."

However, according to the Metro, the actor has revealed that MotherFatherSon could well be his last TV project, and hinted that he prefers lending his acting skills to big screen productions instead. Speaking to the Radio Times, Gere revealed, "It was six months’ shooting, like doing four indie movies back to back but playing the same character. It’s too long. I don’t think I’ll do it again." Could this rule out Gere's return to a potential series two? We'll have to wait and see.

Much of the first series centred around Caden's destructive lifestyle, which eventually led to the character suffering a stroke — the impact of which had significant implications on his family, the business empire, and the country as a whole, prior to a general election. According to Radio Times, MotherFatherSon's writer, Tom Rob Smith, previously discussed the shocking storyline at a screening in London. He said, "I think this idea that the capillary bursts in someone’s head, this crazy fluke thing, and then the idea that it could change the course of the country was interesting to me."

Smith also addressed Caden's rehabilitation, which involved starting many aspects of his life from scratch. He said, "That is the heart of the piece. If you had to restart your life, what’s important? Who are we, essentially? And then if you think you’re using that as your central idea, then you look at everything. What’s the world like? Why is the world like this? You get to question everything."

The finale of MotherFatherSon airs on Wednesday, April 24 on BBC Two.