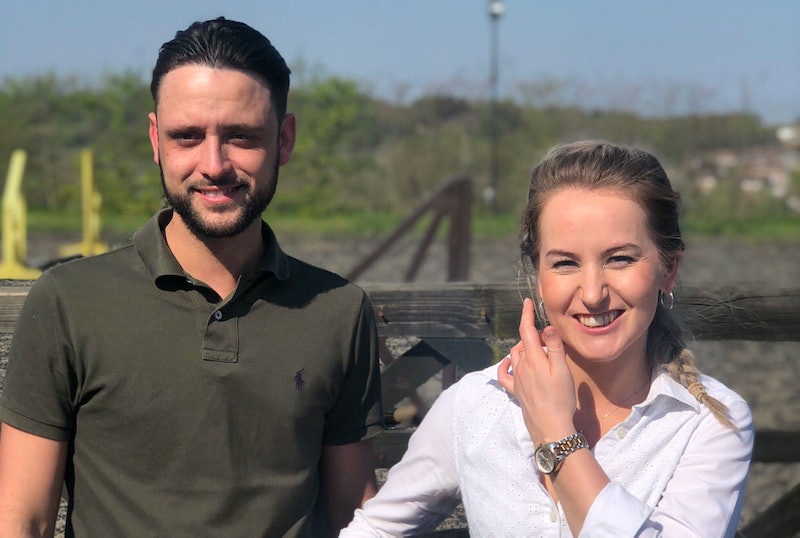 Channel 5 is looking to see if true love can bridge the gap between two people from totally different backgrounds with their new one-off show My Posh Date. But, with such a concept as interesting as this, surely TV fans will be left wanting more? So, the question is, will My Posh Date become a series?

I've contacted the folks over at Channel 5 to enquire about any possible future series and will let you know if there's any news on that front.

However, as I mentioned before, right now the show is very much billed as a one off.

The show is all about what happens when four people are sent on a date with someone who is totally different from them. According to the Radio Times, the first pair are trainee barrister Holly and gas fitter Jack. As a part of their date, Holly chooses to share with him one of her private passions, horse riding. A hobby traditionally associated with the upper echelons of society. And his input to the date is introducing her to his mum. An idea that is objectively very sweet and far more charming than horse riding but, y'all, also low key intense. Meeting the parents on the first date? Especially when, according to the Radio Times, his mum is a bit worried about her son dating a "posh" woman.

On the other date, super well-off Sam goes the whole hog on his date with teacher Amy, taking her on a lush day out with a picnic and a bit of punting. What more could a girl ask for? Well, TBH, a kebab. The woman would far rather a doner en route home from a night out than a cucumber sandwich on the lawn. But can they get over these kind of differences?

So why is this subject matter important enough to make a whole TV show about it? Well, guys, it transpires that still, in this day and age, class differences seriously have an affect on who you do or don't date. The Metro spoke to psychotherapist Tamsin Embleton about the issue, who explained that prejudices are sometimes be so ingrained that we don't even realise they exist:

"There could be prejudice or unconscious bias at play where one person has formed or inherited certain assumptions about a person based on a belief of shared class characteristics."

More over, the urge to merge into each other's families and friendship groups can cause stresses in the relationship. Especially if you're concerned that the differences will lead to them not being welcomed into the fold quite as easily as someone who's from the same world. Embleton explains:

"It's natural to want a partner to fit in with a social circle or with family — perhaps if your partner seems wildly different then there may be a concern that they won’t be accepted. Also related to this is a concern over a clash of lifestyle."

So, can love overcome societal pressures? We'll have to watch the series and see.

More like this
Why Sara Pascoe's Husband Is Familiar To Comedy Fans
By Alice Broster
Martin Hancock’s Wife Played A Key Part In His Return To 'Coronation Street'
By Catharina Cheung
At 28, Emma Thompson Was Already A Star — But Unhappy In Love, Actually
By Olivia-Anne Cleary
Twitter Is Still In Hysterics Over 'Love Island's Chaotic Heart Rate Challenge
By Frances Stewart
Get The Very Best Of Bustle/UK