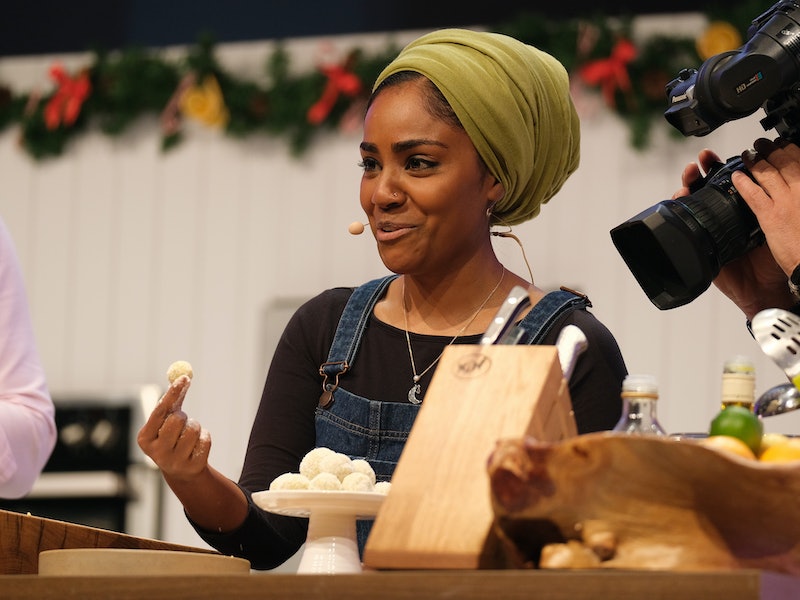 The Great British Bake Off fan favorite Nadiya Hussain won the baking competition in 2015. Since her win, she's been all over TV in the UK. She hosts the documentary The Chronicles of Nadiya, the cooking shows Nadiya's British Food Adventure and Nadiya's Family Favourites, and is a regular on The One Show. So suffice it to say, American fans are a little jealous. Thankfully, Netflix has brought Hussain back stateside, by way of the series Nadiya's Time To Eat. The series aired in the UK during the summer of 2019 and is finally available for Americans to stream on Netflix. The show is so highly anticipated that fans are already asking: Will Nadiya's Time To Eat return for Season 2?

There's been no official announcement on a second season of Nadiya's Time to Eat as of yet, but Indian entertainment website OtakuKart speculates that a second season could come in mid-2020 on the BBC to coincide with her tie-in cookbook.

Hussain, a first-generation, British-born Bangladeshi, became an instant fan favorite on The Great British Bake Off. Her incredibly intricate, show-stopper desserts and hilarious facial expressions earned her loads of fans. Her win was also seen as a huge step forward for British Muslims. As The Guardian wrote after the finale, "Nadiya's popularity has demonstrated how the vast majority of people in Britain embrace diversity and inclusivity, and are certainly not going to dismiss her based on religion, race or attire. That an Asian Muslim woman in a headscarf can win a thoroughly British competition proves that 'Britishness' is a broader and more open concept than some would like us to think."

Hussain also became quite the role model for female chefs of color. As she told Refinery29 after her win, "To be called a positive role model for young British Muslims is astounding and also very flattering. I am also British, Bangladeshi, a stay-at-home mum, and a wife. I play many roles in my life, and if I can relate to anyone at any level, that, for me, is a massive achievement. It is so flattering to think women look up to me after following the show. I hope my being on the show will allow women to believe that anything is possible. I certainly believe that now!"

We might not have any word on a second season of Nadiya's Time to Eat just yet, but diving into Season one will certainly feel like taking a big bite of one of her cakes.