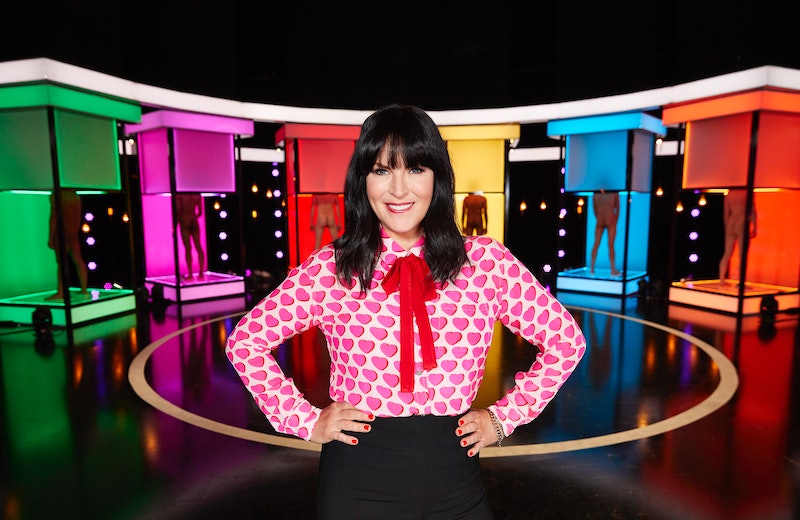 The unconventional dating series Naked Attraction has welcomed a string of participants over the years, each of whom are on a quest to find love. As the title suggests, the show's contestants (literally) bare it all for the chance to land themselves a date, and after five successful runs, it appears viewers simply can't look away from this daring Channel 4 dating show. But will Naked Attraction return for series 6? Here's everything we know so far.

As it stands, there has been no official announcement in regards to a Naked Attraction series 6, and the dating show's fifth series is currently airing on Channel 4. I have reached out to the broadcaster for comment, and will update with any new information the minute it becomes available.

Although details of a sixth series are yet to be revealed, show bosses are currently on the lookout for new contestants, which suggests a new series of Naked Attraction is on the horizon. As previously reported by Bustle, anyone hoping to take part in the Channel 4 dating series can sign up via the official Studio Lambert website, and the show's 2020 application form reads, "Welcome to Naked Attraction 2020. Are you looking for love? Do you fancy testing the power of Naked Attraction?" So, it seems likely a 2020 run will eventually be announced, but for now at least, we'll just have to wait and see.

As previously mentioned, Naked Attraction is currently in the middle of its fifth series on Channel 4, and one recent episode of the dating show received a wave of positive feedback from fans. As reported by Digital Spy, viewers were quick to praise the inclusion of an openly HIV positive contestant, and when speaking to host Anna Richardson about his experiences during the episode, the Naked Attraction star revealed, "When I tell people that I'm HIV positive, people think about Freddie Mercury. In fact I've been told I look a little bit like him! The positive thing about Naked Attraction is that we see each other naked before we go on a date. There will be no awkward conversations."

So, despite the tongue-in-cheek premise, Naked Attraction really does have the potential to highlight some pretty important issues, and if you'd like to find out what all the fuss is about, you can watch the fifth series of Naked Attraction on Wednesdays at 10 p.m. on Channel 4. Alternatively, you can catch up with the first four seasons on All 4, and trust me, you don't want to miss out on this truly bizarre dating show.

More like this
Darren Harriott Is Keeping His Love Life Away From The Spotlight
By Darshita Goyal
You’ve Got 'Love Island’s Farmer Will All Wrong
By Jack Orenstein
This Pre-'Love Island' Video Of Olivia & Zara Together Changes Everything
By Bustle UK
Every Season Of 'Love Island' Ranked Best To Worst
By Alice Broster, Frances Stewart and Sophie McEvoy
Get The Very Best Of Bustle/UK
Sign up for Bustle UK's twice-weekly newsletter, featuring the latest must-watch TV, moving personal stories, and expert advice on the hottest viral buys.