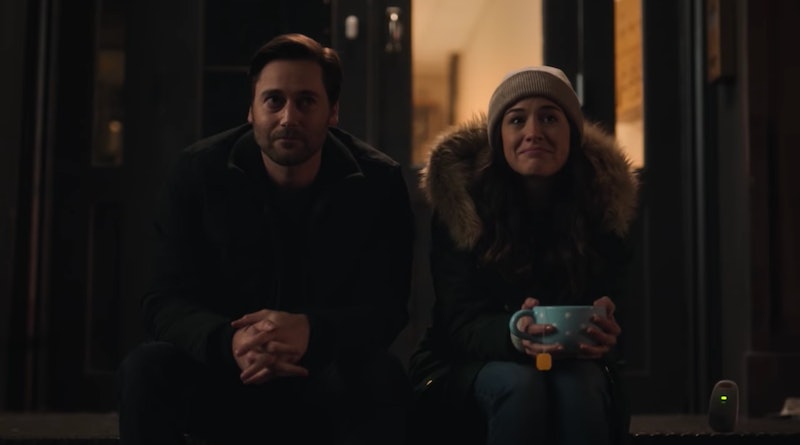 Medical dramas might feel a little too real right now, but there's certainly a kind of comfort in seeing doctors on television fight to save their patients. New Amsterdam, one of the newer medical dramas on the block, certainly satisfies in that way, and in its first two seasons, it's already proven to be a bit of a fan favorite. However, fans of the show may have to wait a while for more New Amsterdam, as despite their renewal for three new seasons, there's yet to be any news regarding when New Amsterdam will return for its season three premiere.

For those not in the know, New Amsterdam follows Dr. Max Goodwin (Ryan Eggold) as he takes a medical director position at one of the oldest hospitals in America. His aim is to improve the facility and turn it into one of the best hospitals in the country. Naturally, there are many roadblocks on his quest, which includes Goodwin's troubled home life and an impenetrable bureaucracy hampering his every attempt. He's not alone in his journey, however, as he's joined by the hospital's leadership team, which includes Drs. Lauren Bloom (Janet Montgomery), Helen Sharpe (Freema Agyeman), Floyd Reynolds (Jocko Sims), and more.

Back in January, NBC Entertainment chairman Paul Telegdy announced that New Amsterdam was renewed for three more seasons, according to The Wrap. However, with spread of the novel coronavirus, the show ceased production in March, along with many other NBCUniversal titles, per Deadline. The new episodes currently airing were completed before the order to halt production, with the latest episode on April 14 set to be the season two finale.

What's more, the lead up to New Amsterdam's season finale has proven to be a bit of a prescient one, as they were set to premiere a storyline in March that involved a deadly flu pandemic breaking out in New York City. Not long after, Daniel Dae Kim — a guest star who was set to be introduced to the series in that pandemic episode — tested positive for COVID-19, along with multiple other New Amsterdam crew members.

That episode has since been shelved, according to Deadline, which also shared an essay on the pandemic from show runner David Schulner. Schulner wrote, "The world needs a lot less fiction right now, and a lot more facts." He continued, "We shot a fictional pandemic episode right before a real pandemic hit. People are dying in real life. Do we really want to watch fake people die too? ... The reason we engage with fiction is to watch our heroes battle the monsters we can’t and to learn from their struggle. There’s hope in that. Hope is the reason fiction exists."

More like this
The 'New Amsterdam' Series Finale Opens An “Unexpected” Door To The Future
By Brad Witter
The 'Hunters' Creator Wanted The Series Finale To Serve As A "Catharsis"
By Brad Witter
Here’s Why Danny Masterson’s Hyde Isn’t In 'That '90s Show'
By Brad Witter
Season 2 Of 'Yellowjackets' Is Coming Sooner Than You'd Think
By Gretchen Smail and Grace Wehniainen
Get Even More From Bustle — Sign Up For The Newsletter
From hair trends to relationship advice, our daily newsletter has everything you need to sound like a person who’s on TikTok, even if you aren’t.