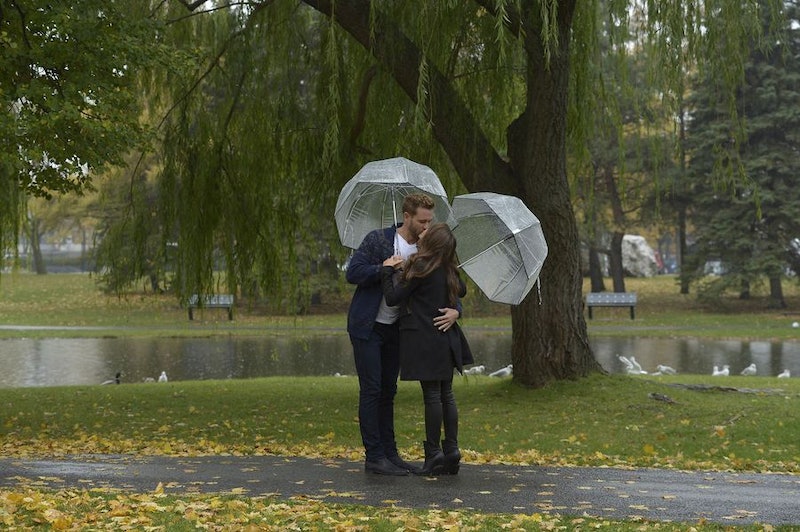 Over the last few years, Nick Viall has been a huge part of the Bachelor world that I kind of don't know what to do with myself now that he's engaged. I mean, I'm glad that he's living happily ever after and all, but what will The Bachelorette and Bachelor in Paradise be like without him?! If you feel the same way, don't worry — all hope is not lost. There's always that chance that he could return to TV... this time, to tie the knot. So will Nick and Vanessa get married on TV? Knowing Nick, it wouldn't surprise me at all if they did.

Although it's been a few years since a Bachelor wedding has happened on TV, it's also been a few years since a Bachelor couple has actually gotten married, so Nick and Vanessa could be the next to walk down the aisle while the cameras are rolling... as long as Ben Higgins and Lauren Bushnell don't beat them to it. Since they just announced their engagement to the world, the newly minted couple has yet to actually confirm or deny the possibility of a TV wedding just yet, but I wouldn't count that option out.

Besides, with all of Nick's appearances lately, I can't see him passing a TV wedding up. This guy loves the spotlight with no shame — a quality I've always kind of found endearing about him. Vanessa may not be up for it, since she seems to be a more private person, but it could be a good way for them to start their lives together if it's what they both want.

And as someone who's planned (and paid for) a wedding herself in the recent past, if they get the opportunity, they should totally take it. That stuff is expensive... and stressful. Why not get exactly what you want and let someone else foot the bill? Go for it, guys!

If Nick and Vanessa's relationship works in the real world, I'm definitely hoping for a TV wedding. After seeing them fall in love, I need to see the happily ever after, too!