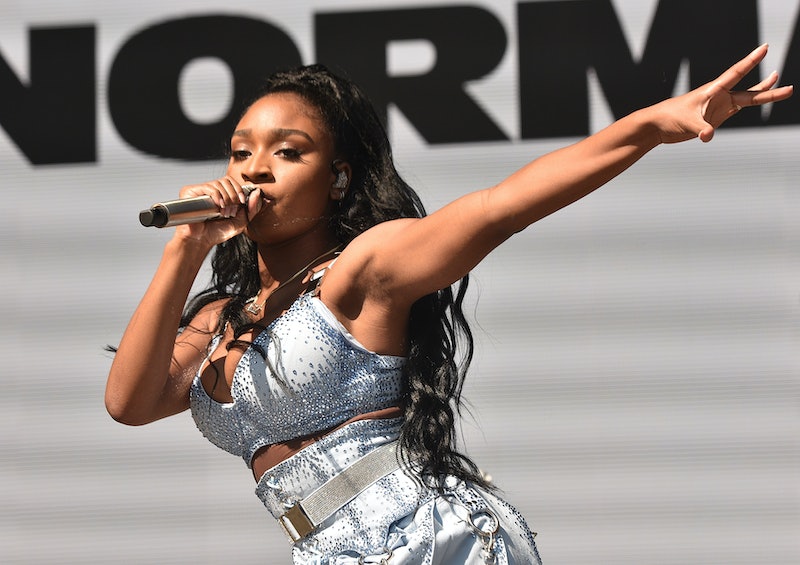 The past year has been pretty major for American music sensation Normani, and with a debut album on the way, fans of the "Motivation" singer have a lot to be excited about. Following a stint on the U.S. X Factor, which led to her time in the girlband Fifth Harmony, Normani has gone on to enjoy success as a solo artist, and recently reached the top ten on both sides of the pond with her Sam Smith duet, "Dancing with a Stranger." But will Normani tour the UK in 2020?

Unfortunately, it seems fans could be waiting a while longer before Normani touches down in the UK, because according to the singer's official website, there is currently no news in regards to a 2020 tour. However, this doesn't necessarily mean the "Slow Down" performer won't eventually make her way over to the UK, and just to be sure, I have reached out to Normani's representatives for comment, and will update with any new information the second it becomes available.

Although highly-anticipated, fans should probably expect news of a tour to emerge after Normani's debut album finally drops. However, the U.S. star has been keeping herself busy on the road, and recently joined Ariana Grande as a support act for the first leg of The Sweetener World Tour. Following their brief stint on tour, the singers also recently teased an upcoming music collaboration on Instagram. In the post, the vocalists can be heard singing in perfect harmony, however, the track is yet to receive an official release date.

A fierce new collab would be the perfect way to cement the pair's friendship, and during an interview with People Magazine, Normani revealed that she and Grande actually go way back. Speaking to the publication, the X Factor star confirmed that she's known the "Thank U, Next" singer for a "very long time" — and blamed busy schedules for not having a prior opportunity to properly hang out. However, the tour-mates appear to have bonded further, and when discussing their seven months on the road together, Normani revealed that she and Grande are "just typical girls."

During the interview, the Dancing with the Stars finalist added, "We wear face masks, wake up really late, have breakfast, that kind of jam … just typical girls!" And when commenting on Ariana's continued success, Normani went on to say, "I feel like she’s had an incredible year, especially going through as much as she has. The way that she’s handled things, not only as an artist, but as a woman — I think she’s the definition of resilience."

Grande's impressive chart run has surely inspired Normani to reach similar career heights, and with a debut album just around the corner, the "Checklist" singer is more than capable of achieving it. However, according to Capital FM, fans shouldn't be expecting the project to drop until sometime next year, because during a recent radio interview on the Zach Zang Show, Normani confirmed the upcoming album is "a little more than half-way" completed, and will be released in 2020.

So, although we're still patiently waiting, a new album could also mean a UK tour is on the way. But for now, we'll just have to wait and see. Fingers crossed.