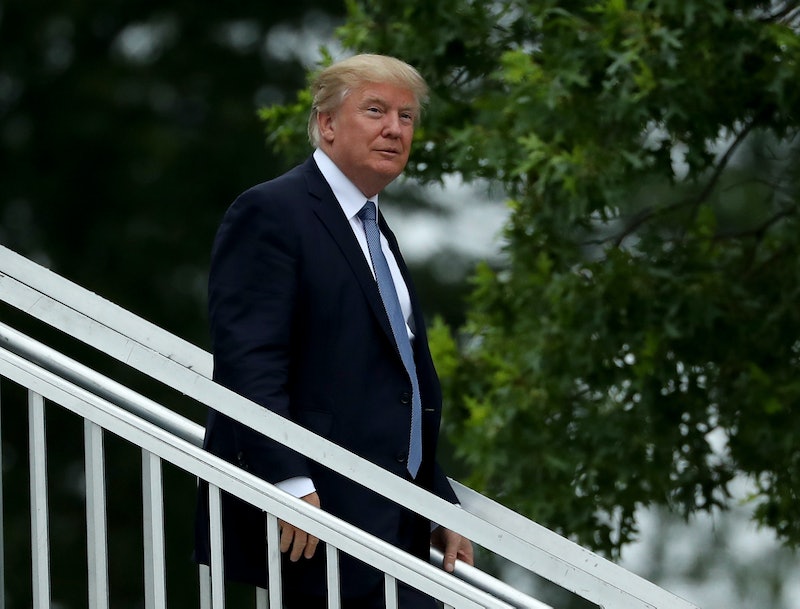 President Obama's Affordable Care Act (ACA) has been the law of the land for more than seven years, and if Tuesday's headlines are any indication, the ACA may be here to stay indefinitely. After Senate Republicans failed to pass their own version of health care reform on Tuesday, President Trump declared that the GOP will "let Obamacare fail." As it turns out, letting Obamacare fail could waste Americans' time and money.

The president's comments came after Senate Republicans had to scrap their long-awaited health care reform bill due to a lack of support. Three female GOP senators reportedly withheld support for the Senate bill, which was meant to complement the health care reform bill passed by the House of Representatives in May. Without a successful vote in the Senate, the GOP plan to repeal and replace Obamacare would stagnate.

The president's plan to "let Obamacare fail" was met with criticism on Tuesday. Many social media users likened the phrase to the notorious line, "Let them eat cake," which has traditionally been attributed to Marie Antionette. Unlike French peasants during the revolution, though, there seems to be a very real possibility that Obamacare will fail if Republicans don't work to enforce it.

At its core, Obamacare is an economic system. It seeks to provide health insurance for all Americans by providing subsidies and placing stipulations on insurance companies to make sure that everyone can afford coverage. But insurance companies are for-profit businesses, and if they don't find it profitable to serve a certain market, they can withdraw. This is particularly likely in rural areas of the country. According to CNN Money, roughly 25,000 people are at risk of losing all of their insurance options next year.

In a country of more than 300 million people, 25,000 Americans is a drop in the proverbial bucket. That's not to say their insurance coverage doesn't matter — on the contrary, it absolutely does — but it seems unlikely that a system built to serve 300 million people would collapse overnight when just 25,000 may lose their insurance options. In other words, don't expect Obamacare to fail immediately, at least not if the status quo as reported this week remains intact.

Still, the potential for an Obamacare failure isn't new. In 2015, Dan Karr, founder and CEO of an insurance analytics company, predicted in a column for The Huffington Post that Obamacare "will fail for business reasons." Karr pointed to the minimum "medical loss ratio" (MLR) that Obamacare mandated. Under Obamacare, insurance companies must typically spend 80 percent of the money they collect from premiums on health care costs. As a result, Karr argued in 2015, insurance companies have less of an incentive to reduce the cost of medical services, because they have to meet the mandated MLR ratio. Karr also argued that the mandated MLR ratio makes it nearly impossible for new insurance companies to enter the marketplace.

By setting a fixed ratio of health care expenses paid to premiums earned, this new law makes increasing revenue the primary mechanism for increasing profits. As an example of how the law does not deliver the intended consequences of reduced costs, insurers are now incentivized to allow fees charged by service providers to rise, leading directly to increased revenue, and consequently increased profits.

In other words, can Obamacare fail? Probably. Will it? Maybe. Should it? That's the question Americans now need to ask themselves and then take up with their elected officials.