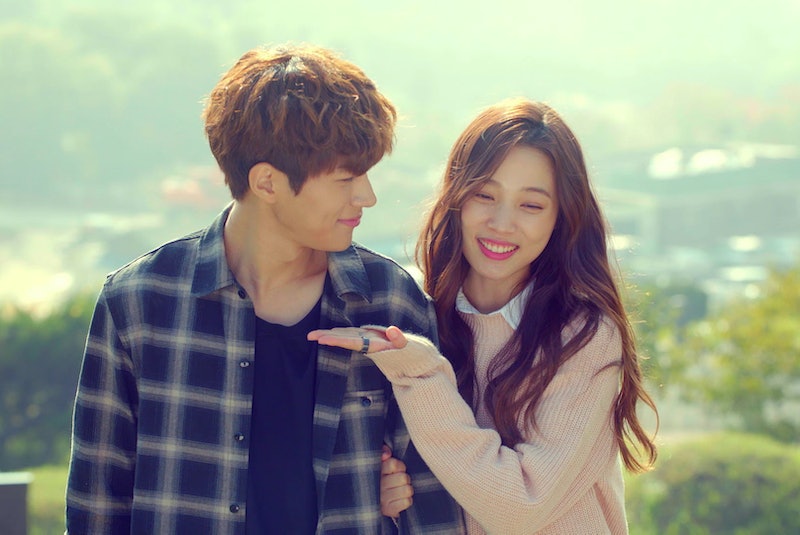 Groundhog Day is really having a moment right now. Before I Fall is a teen-centric retelling of reliving one day over and over premise, and Netflix's original series One More Time uses a similar concept with the life of a struggling musician. Now that all of its episodes hit the streaming service, will One More Time return for Season 2, or does the day truly end with Season 1?

The series has yet to be renewed for a second season, but Netflix is known for rarely, if ever, cancelling a series after one season, so the chances are good. And, of course, the streaming service doesn't release its ratings, so there's no way to know exactly how popular One More Time is. But what you can measure is whether or not the Korean-language series takes off with audiences online, and if it can, potentially, crossover as an international hit.

But Netflix may not even care. It's been investing more and more in series for non-English speaking and international audiences that are filmed and set in many different countries and performed in different languages. It's making the library of Netflix originals more diverse, and, possibly, making the streaming service a TV "network" that can be truly global while still serving its giant American, English-speaking audience.

But back to One More Time. Even if the series doesn't return, or if it takes a full year for Season 2 to debut, like most Netflix shows, there will be much more South Korean content to stream. Netflix just released the first trailer (which you can watch above) for Okja, an original movie that will get a joint streaming and theatrical release in both the U.S. and South Korea in June 2017, according to Variety. It was directed by Bong-Joon Ho, the director behind Snowpiercer, and features Korean star An Seo Hyun alongside American cast members like Tilda Swinton, Jake Gyllenhaal, Paul Dano, and many others from both countries.

In January, Netflix also announced that it will produce Love Alarm as its first South Korean original series, based on a webcomic by Chon Kye-young, as reported by Variety. And in early March, it doubled down by ordering zombie series Kingdom, its second Korean original series, according to the Hollywood Reporter. With both shows set to premiere in 2018, it's clear that Netflix is planning to expand its South Korean content, and I wouldn't be surprised if a second season of One More Time is part of that plan.

One More Time is just one in a series of projects that give Netflix a more global presence, joining other non-English series like Marcella, Club de Cuervos, and many more. So while One More Time is likely to return, even if it doesn't, the streaming service will continue expanding its borders.