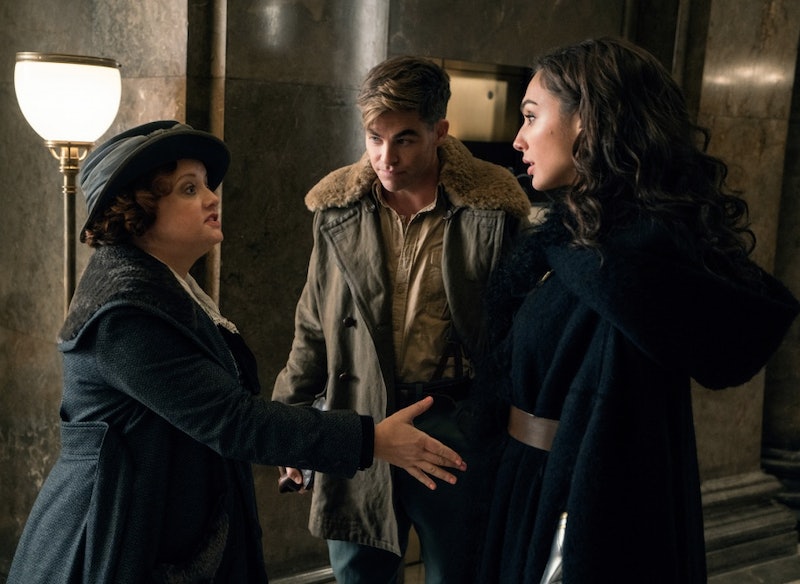 Excuse me for my inarticulateness, but Patty Jenkins, director of Wonder Woman, slays me. So much so that I already want to know if Jenkins will direct Wonder Woman 2. The 45-year-old is quite literally showing the world who's boss, namely by breaking records with her first major blockbuster. The film, starring Gal Gadot, is the number one movie in the world, bringing in over a whopping $223 million worldwide in the opening weekend alone. Further, Jenkins has made Hollywood history, achieving the highest-ever US opening weekend for a film directed by a woman. It only makes sense for her to continue the legacy and direct Wonder Woman's sequel. But will she actually?

Jenkins not only defied the odds, but far surpassed expectations and proved Hollywood execs who believed the project was a "gamble" so wrong. She has what it takes and perhaps knows the reinvented world of DC's Wonder Woman better than anyone else. Well, guess what, Diana Prince fans? Jenkins will indeed be back for Wonder Woman 2, as will star Gal Gadot.

Update: On Wednesday, June 7, The Hollywood Reporter claimed that Jenkins has not, in fact, signed on to direct the sequel. "Warner Bros. executives enlisted Jenkins for just one film, a decision that could end up costing the studio millions of dollars if Jenkins' reps drive a hard bargain for her to return," the article reported. "...Sources say the studio intends to begin negotiations with Jenkins shortly."

Earlier: According to CNN, the director has already signed on to be at the helm of the highly-anticipated sequel. Gadot and Jenkins proved to have a beautiful rapport in real life, which will only allow them to kick more ass as a team on the big screen.

The director came into Hollywood with guns blazing, writing and directing the Oscar-winning film Monster, starring Charlize Theron and Christina Ricci, in 2003. She's gone on to direct episodes of Entourage, Arrested Development, and The Killing, and even walked away from the opportunity to direct Thor: The Dark World. The director explained that she was holding out for the right project with substantial meaning. And then came Wonder Woman.

To no surprise, it seems like Jenkins already has her wheels turning for the sequel. While she hasn't been able to give too many details away, she told Entertainment Weekly she's set on Wonder Woman 2 taking place in America. "She’s Wonder Woman. She’s got to come to America. It’s time," she said. And, boy, America could sure use the super hero's help.

Jenkins's story is one of a real-life superhero. And, lucky for fans, it's just beginning.