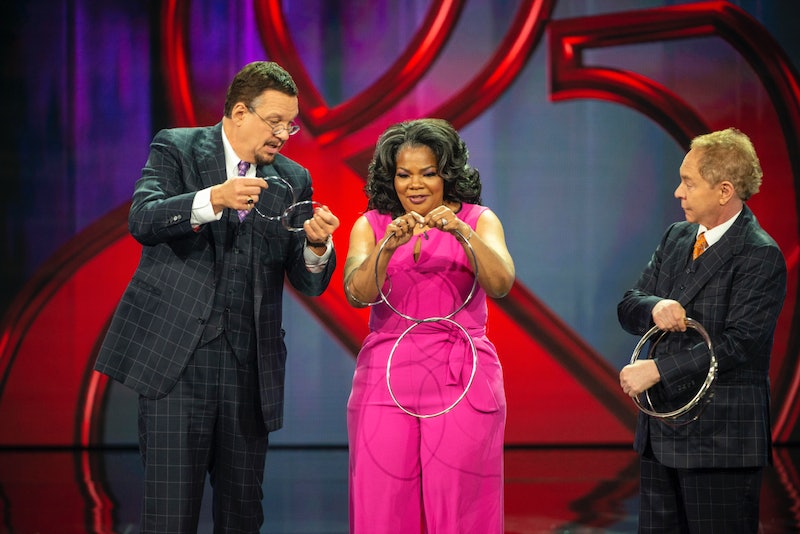 As the sixth season draws to a close, it's still unclear if Penn & Teller: Fool Us will return for Season 7. However, fans of the magic competition show shouldn't have to wait long for news. The CW announced the sixth season renewal in October 2018, under a month after the fifth season finale, so if the network follows the same timeline this year, we should know the show's fate soon.

Originally filmed at Fountain Studios in London, Fool Us left English shores after its first season and set up camp at the Penn & Teller Theater in Las Vegas, where it's been filmed ever since. The acts it features come from all around the world in the hopes of stumping the hosts and earning the chance to perform as the opening act of one of Penn & Teller's shows at the Rio Hotel & Casino. It's a unique premise that's so far brought the show back for six seasons, and though that doesn't necessarily mean a return is guaranteed, there's incentive for the CW to keep it around.

The ratings for Fool Us admittedly haven't been impressive — according to TV Series Finale, each episode averages less than three-quarters of a million viewers — but the show has been relatively consistent in terms of performance, and it certainly adds something different to the TV lineup. While The CW also whets the appetites of magic fans with their revival of Masters of Illusion, that series focuses more on performance than on breaking down the nitty gritty of how illusionists pull off their tricks, like on Fool Us.

As Teller explained in a 2015 interview with Vanity Fair, the purpose of Penn & Teller: Fool Us is to let magic lovers in on how tricks are performed and answer questions they've been asking for years.

"Anyone who claims they can watch a piece of magic without trying to figure out how it's done is lying," he explained. "Part of what Fool Us is designed to do... is to say what you're seeing is really what somebody in the theater is seeing. We do that by focusing on this one silly and trivial aspect of magic, which is, 'how's the trick done?' We don't even know what acts are going to be on the show. We're genuinely trying to see if we can figure out what's going on."

While it's generally frowned upon for magicians to reveal the tricks of the trade, Penn & Teller's pedigree in the field as well as their genuine respect for the craft hopefully heightens the appreciation for magic on Fool Us rather than detracting from the wonder of it.

"Merely because a magician is trying to create a moment in which a spectator is astounded, the magicians often conceive of themselves as being in opposition to their audience," Teller said. "That is something Penn and I are violently against. We do not believe the audience is stupid. We believe many, many, many, many — perhaps most of the audience — is a great deal smarter than we are. Therefore, they need to be shown the respect to be treated as peers."

If anything, it's endearing to see Penn & Teller's enthusiasm and genuine love of magic even after 40 years in the industry. Hopefully that's enough to bring back Fool Us for another season.

More like this
The 'Better Call Saul' Creators Said "Never Say Never" To More 'Breaking Bad' Spinoffs
By Brad Witter
What's New On Netflix: A Third '365 Days' Movie & Lili Reinhart’s New Film
By Arya Roshanian
What’s New On Netflix: 'Never Have I Ever' & 'Indian Matchmaking' Return
By Arya Roshanian
Everything To Know About The HBO Max & Discovery+ Streaming Service Merger
By Brad Witter
Get Even More From Bustle — Sign Up For The Newsletter