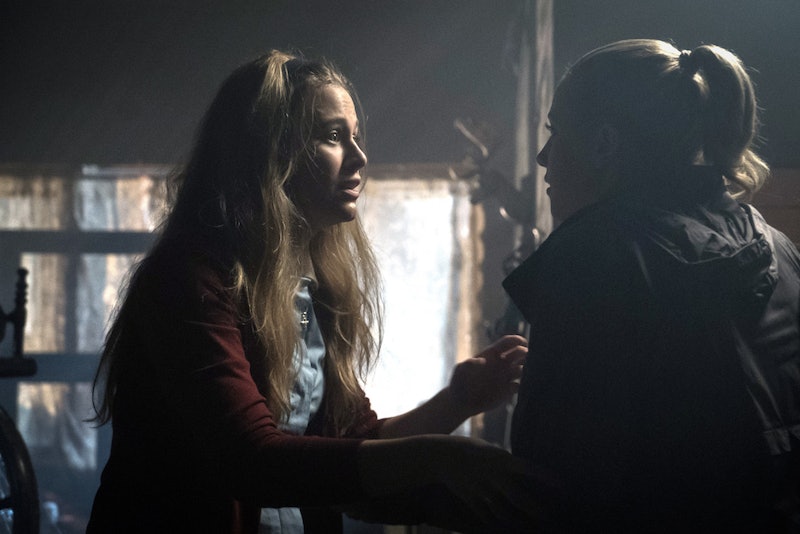 Every adult on Riverdale seems to know what's best for Polly Cooper and her unborn child, whether its to hide her away and pretend that she's sick, or to give the baby up for adoption. Who knows what Cheryl Blossum thought her parents were going to do to Polly, but it didn't sound good either. I'm actually starting to worry about her safety. Is Polly going to die next on Riverdale? Jason's killer is still out there, after all.

Not only is caught in the middle of the Cooper/Blossum blood feud, but she's lodging with Lodges. Veronica's mother Hermione has been pretty quick to associate herself with some seedy folk in Riverdale who may or may no be connected to the murder of Jason Blossum. Polly may be safe from the adults who seek to control her life, but exposed to those who seek to end it.

While Betty and Polly's parents seemed to have pretty old-fashioned reasons for hiding her away in the country, it was probably the best decision for her immediate safety, considering the fact that her baby's father washed up dead. If killing Polly wasn't part of the plan all along, and thus foiled because she disappeared, she still knows too much.

With all of the secrecy, it seems clear that Jason's murder was somehow motivated by his relationship with Polly. There are still so many unanswered questions. Did Polly really attempt to kill herself, or was that just a story made up by Hal to explain to Betty why she was sent away to the Sisters of Quiet Mercy? Where were Polly and Jason going to go? Who else knew about the baby, and this plan? Why did Cheryl insist upon helping her brother escape and faking his death while wearing matching all-white outfits? Is she really just that dramatic?

In the immortal words of Whoopi Goldberg's character in Ghost — with just one letter changed — "Polly, you in danger, girl." If anyone is next on Riverdale, it's almost certainly her.