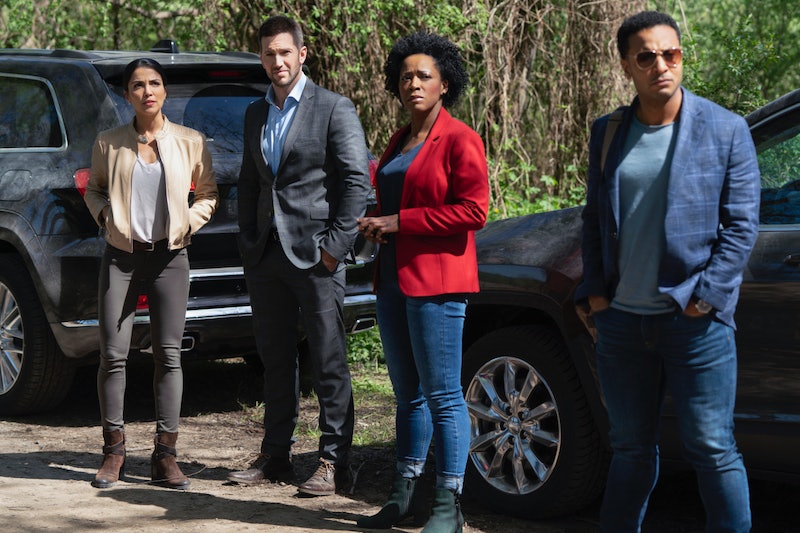 The end of spring and beginning of summer is a frightful time for television viewers, as it's usually the time period where people risk discovering that their favorite show may not be returning for another television season. While most of the CBS lineup has been announced as either renewed or cancelled, the question of whether or not there will be a Season 3 of Ransom still lingers.

The show has spent two seasons following a team of criminal investigators lead by hostage negotiator Eric Beaumont (Luke Roberts), covering a different case each week that hinges on the team's ability to deescalate or solve a criminal situation. Despite seeming right at home alongside other crime procedurals like Instinct, NCIS, and Elementary, it was announced via TVline in May 2017 that CBS cancelled Ransom after the show's first season — and it wasn't the only network in the world to do so. Ransom was conceived as a co-production between CBS, German network RTL, French network TF1, and the Canadian channel Global.

After the announcement of the CBS cancelation of the first season, RTL soon followed suit, but Global and TF1 managed to keep the series alive and produced the second season of Ransom. And in October 2017, Variety reported that CBS would air the 13-episode second season, despite the network having seemingly cut ties with the series. After the show's miraculous survival of a cancellation, is there a chance that the show could bounce back and continue for a third season?

While it's hard to tell whether or not Ransom will still be a part of the CBS lineup next year, the fact that the show is a multi-national production provides insight as to why any news on the show's renewal or cancellation has taken so much longer than other shows on the network. The show's fate isn't simply in the hands of CBS — Ransom's fate is dependent on the networks Global and TF1. CBS isn't single-handedly producing the show, just distributing the series in the U.S. Further, the show has been relegated to a Saturday night slot, which is a relatively low-profile television position compared to weeknights and even Sunday evenings.

Fans of Ransom may be disappointed to learn that CBS appears to treat the series as an afterthought, possibly since they'd already cancelled it. However, the bright side is that the show is not dependent on American viewers to keep it alive. The June 23 broadcast of a new episode of Ransom brought in an estimated 2.3 million viewers according to TV By The Numbers. Compare this to the June 26 CBS broadcast (in the same timeslot) of an NCIS rerun, which managed to bring in an estimated 5.68 million viewers, and the future of Ransom looks pretty bleak in America. However, if Canadian and French audiences are able to pick up the slack of American viewers, Global and TF1 could find it worthwhile to renew the show for a third season, which CBS may yet air.

Until the show's renewal or cancellation is formally announced, however, it doesn't seem all that likely that the adventures of Eric Beaumont and his colleagues will continue beyond Season 2. With an already expansive selection of crime procedurals and no big U.S. talent attached to the show, Ransom may have blended in with the rest of the CBS drama programming lineup and failed to announce itself. the procedure may not have been a hit in America in the same manner as crime drama stalwarts like Criminal Minds and Blue Bloods. But if the show already survived one cancellation, who is to say that it can't survive a second one?