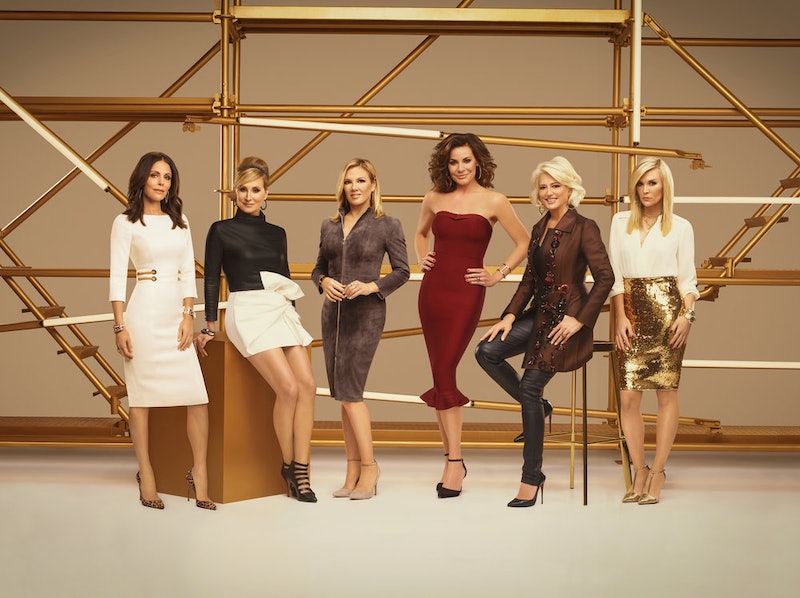 Say it ain't so! Real Housewives of New York City Season 11 has come to a close. It feels like the season went even quicker than the amount of time Ramona Singer spends at a cast event before she ditches for a date. Even so, the fans are looking forward wondering if and when Real Housewives of New York will return for Season 12. At this point, there hasn't been an official announcement about another season, but RHONY just has to come back, right?

It most likely is. Unfortunately, Bravo doesn't officially announce a new season of its shows until it's time to roll out a trailer and new cast photos, i.e. after filming already took place. By that point, most super fans will know that the season already taped thanks to social media posts and paparazzi photos of the cast.

Even though it will take a while to get an official confirmation about a twelfth season, there's one very important thing to keep in mind. Real Housewives franchise executive producer Andy Cohen said that Real Housewives of New York City was his favorite Bravo show of all time during the For Your Consideration Emmys event on May 20.

That is a very good indication that the show will come back.

Based on Seasons 7- 10, it seemed like Season 11 would premiere during the first week in April. Now, there's some hope that the show will return as early as the first week of March 2020.

It makes sense that show usually premieres during the same time of year since they usually film the during the time frame season after season. Pretty much every RHONY season starts off with some summer fun in the Hamptons. Then, there's a Halloween episode. Ramona and Bethenny Frankel's November birthdays usually bring a storyline. And, of course, there are the annual Christmas parties either at Dorinda Medley's Berkshires home or in New York City.

With so many annual events to look forward to, it wouldn't make any sense to divert from the normal shooting schedule, which is why it's logical to assume the episodes will start airing at the same time of year that they have for the past few seasons.

Even thought it's frustrating not to have an official confirmation of another season, it isn't something for RHONY fans to fret about. The Big Apple ladies continue to deliver season after season and Andy Cohen agrees. It's really not a question of if Real Housewives of New York City returns, but a matter of when the new episodes will air.