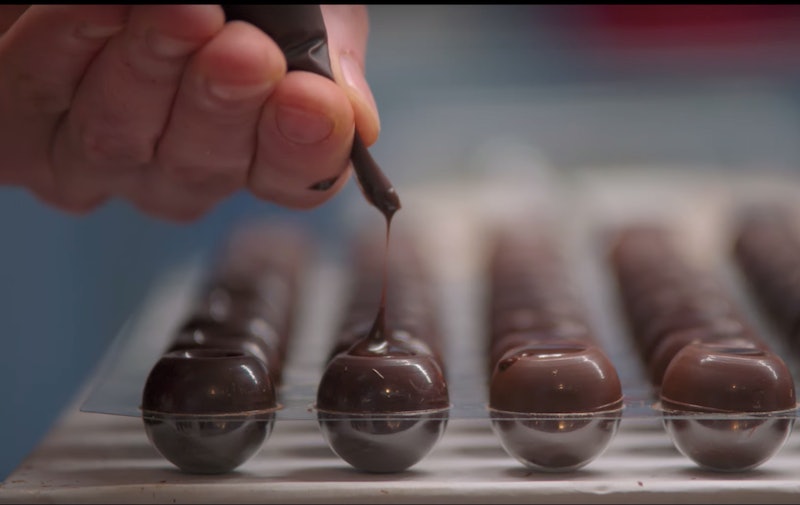 Something is rotten in the state of American consumption — at least, according to Netflix's docuseries Rotten. Since its premiere in 2018, the the show has made it its mission to expose various truths about the food industry, covering everything from increasing peanut allergies to edibles. Following the series' Season 2 debut earlier this month, Netflix has yet to announce if Rotten will return for Season 3, but in the mere year since it debuted, debates about consumerism have only intensified. So certainly, there's more left to cover. Besides, with the 2020 presidential election approaching, we'll need to take a hard look at the way we engage with the economy, as well as what needs to change. Rotten can serve as a starting block to help us do so.

If the show does come back, it likely won't be for about a year and a half, if it follows the same wait period between Seasons 1 and 2. The series originally premiered in January 2018, a full 22 months ago, so it's taken a while to produce. Fortunately, Rotten isn't the first of its kind: there are already a a number of shows and movies that will make you rethink what you eat. Here are five to keep you busy while you wait for more episodes.

Bong Joon-ho's fantastical 2017 movie was such a spot-on satire for the meat production industry, some people became vegetarians after watching, according to GQ. The movie follows a Korean girl named Mija, whose gigantic pet pig, Okja, is taken away to the slaughterhouse. Thus begins her adventure to get her best friend back at whatever cost.

In the same vein as Rotten, this seminal 2008 documentary sheds a light on the food production industry. The movie was so effective that some people have cited it as the reason they became vegetarians.

Parts Unknown Season 12 was released posthumously, after Bourdain died by suicide in June 2018. The chef and TV host was beloved for his down-to-earth and adventurous spirit, and his CNN docuseries took him all over the globe, where no dish went untouched. The show was also created by Zero Point Zero Production, the same team behind Rotten and My Next Guest Needs No Introduction with David Letterman.

Narrated by David Attenborough, famed BBC docuseries Planet Earth and its follow-ups give viewers an appreciation for our stunning environment and the ways humanity's actions affect the fragile ecosystem.

Although Rotten is essentially the anti-Chef's Table, soothing shots of well-made food may be necessary to help cleanse your palate.

Whether you're in it for the food glamour shots or the reality check, these shows should serve as the perfect continuation of your Rotten marathon, And hopefully by the time you make it through, there will be some renewal news.

More like this
6 Shows Like Stranger Things To Get Over Your Emotional Season 4 Hangover
By Kadin Burnett
What’s New On Netflix: The Return Of 'The Umbrella Academy'
By Arya Roshanian
Here’s Everything Coming To & Leaving Netflix In July
By Grace Wehniainen
Everything We Know About When To Expect The Rest Of The Upshaws Season 2
By Kadin Burnett
Get Even More From Bustle — Sign Up For The Newsletter