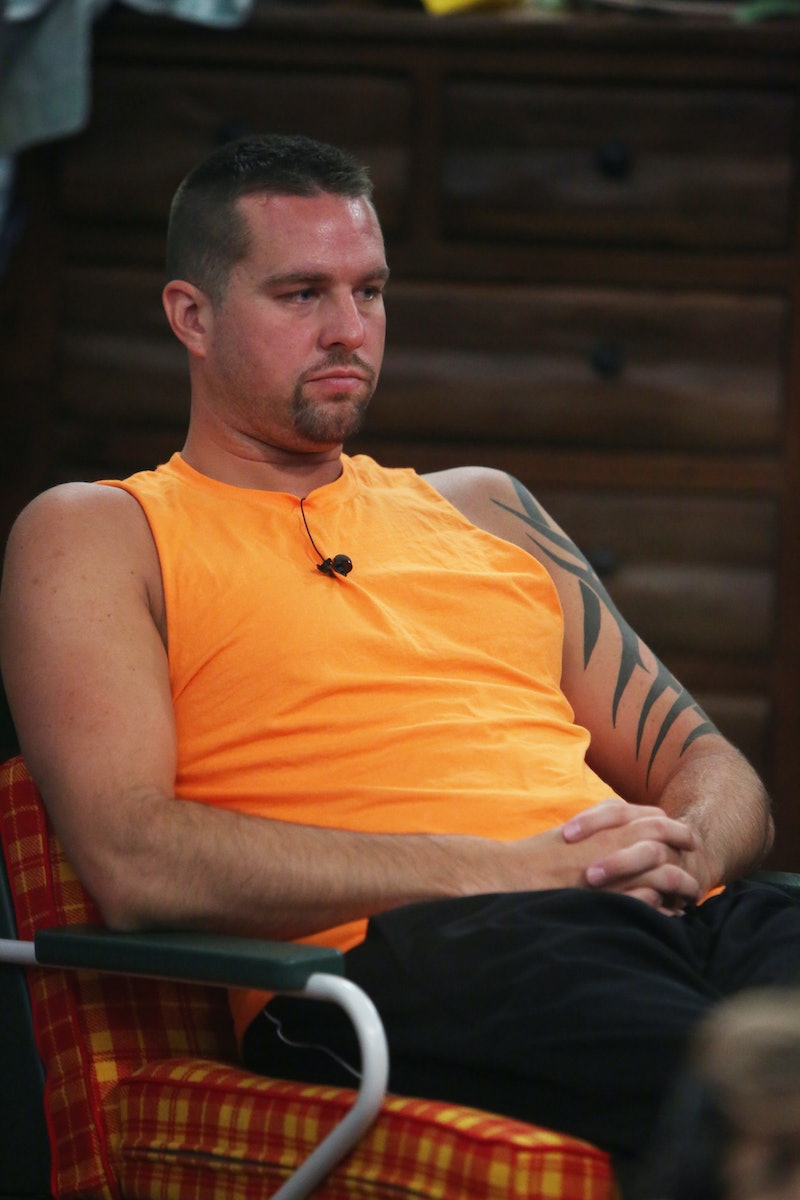 Big Brother's motto is to expect the unexpected, which is why players on the block should never give up even when things look hopeless. Vote flips happen all the time y'all. That being said, Sam may get evicted on Big Brother 21 if he can't pull off a major campaign to change the current voting direction of the house. And the biggest problem with Sam's attempt to stay is his block mate. Kat is sitting next to Sam, and no one really wants Kat to leave.

Sam was actually not supposed to leave this week. Holly's target was Nick, but when Nick won the veto, Holly had to form a backup plan. Sam campaigned to her to say that she should put another target next to him, so that he'd at least have a fighting chance. Holly considered putting up Nicole, partially because she and Michie wanted to work with Sam going forward. He'd promised them safety, and Holly wanted Sam left in the house to take shots at her alliance members so she wouldn't hate to.

However, once Christie got wind that Holly was considering keeping Sam, she got suspicious. In an attempt to keep her alliance on her side still (because it's still sort of early in the game), Holly went back to the original plan. She put Kat up as a pawn, thereby all but ensuring that Sam will get evicted on Thursday. Holly said as much during the July 31 episode, saying, "If I put Kat up, that's a death sentence for [Sam.]" The reason why he hardly stands a chance against Kat is because she's good with both sides of the house, and she's not really considered a threat. (Although she's very good at the game, so they probably should see her as a threat.)

Despite this all-but-ensured outcome of his demise, Sam has still been campaigning up a storm. On the live feeds, he's spread seeds of doubt between the members of Six Shooters, revealing that Christie was soon coming for Jack and Michie. He is also still telling Holly and Michie that he'd never put them up, and he's in good with both Sis and Jack as well. The floaters on the other side of the house don't necessarily want to see him go, and Nick definitely doesn't. However, they also don't want to see Kat go. And it all comes back around to that.

If Sam was up against Nicole, he'd have a fighting chance. But Kat is too well-liked by everyone to get voted out. Holly said recently on the live feeds that she regrets putting Kat up because now they really have no way to save Sam. Even if Sam is able to convince Jack, Michie, and Sis to vote for him, Christie probably won't because Sam has been tattling on her. Tommy will likely side with Christie. And the floaters will be too scared to go against the house.

On the feeds, pretty much everyone has pledged their vote verbally to Kat. Sis swore she would vote to keep Kat, even though she was close to Sam. Tommy also promised Kat his vote. Michie and Holly also told Kat she would be safe. (Holly can't vote, though.)

Michie did tell Sam he would consider talking to Jack about a vote flip, in the event that Sam would go after Christie if he stayed. But Michie also admitted to Sam that he was still probably going to be leaving no matter what campaign tactics Sam tried.

Holly was right, Sam's chances really died when Kat was put up on the block. It's extremely unlikely that the house will flip against her, even if a few people are regretting the noms now. Sam's association with Nick is unfortunately what got him nominated in the first place, and Sam's game sunk when Nick won the veto and unintentionally made Sam the target. Now Nick is likely going to be without his best friend next week, which means he pretty much has to win HoH if he wants to stick around — or he could be following Sam out the door next.