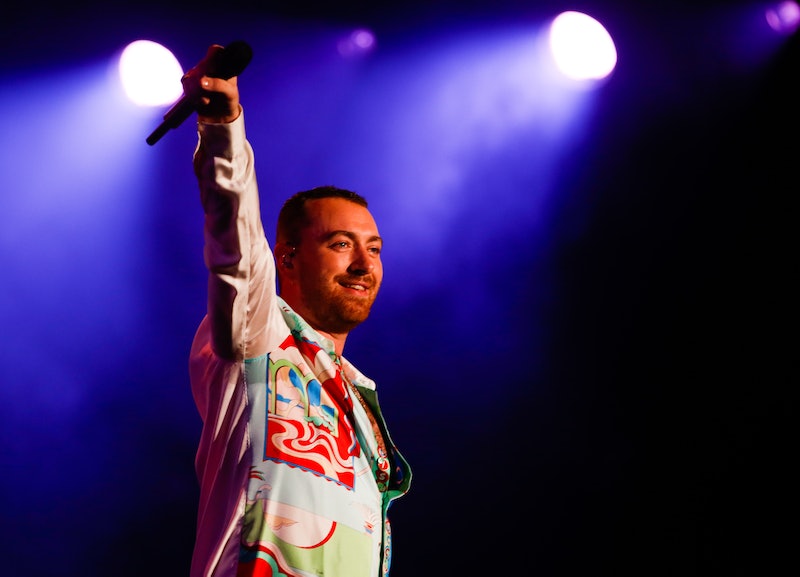 After teasing fans on Twitter for a few days, Sam Smith finally dropped his second single of this year last Friday (July 19). Titled ‘How Do You Sleep?’, it seems that the singer is hinting to a potential third album with this new material. While that has yet to be confirmed, Smith has previously spoken about how it's definitely on his mind. The singer revealed that he's “super excited to record a third project” to Universal Music Canada in 2017, so will Sam Smith tour the UK in 2020?

Unfortunately, if you take a look at the live tab of the singer’s site, you’ll be greeted with a page telling you “there are currently no live dates”. Sigh. But since ‘Dancing with a Stranger’ and ‘How Do You Sleep?’ share a similar sound (and cover art), it could be a sign that a new album is on the way. And you know what that means — a promotional tour. I’ve reached out to a rep for Smith to see whether there’s the possibility of a 2020 tour, but haven't heard back. I’ll let you know if I do.

The last time Smith toured the UK was in 2018 to promote his second album The Thrill Of It All. The UK tour began on March 20 in Sheffield and ended on April 7 at the O2 Arena, London. The singer then went on to perform in Europe, North America, Australia, and Asia as Billboard reports, leading to a total of 94 shows over the year. In all The Thrill Of It All tour sold 1.07 million tickets worldwide, but Smith found the most success during his O2 Arena shows. Here, he “grossed $4.8 million over four nights [and] scored the venue’s fourth-biggest engagement of 2018”.

This year has been a quieter year for Smith since, y’know, he spent the majority of 2018 on the road. Although, he did perform at a few festivals earlier in 2019, as festival site Music Festival Wizard lists. This included three Lollapalooza sets in South America (Chile, Argentina, and Brasil), and Estereo Picnic Festival in Columbia.

So if Smith decides to opt-out of a 2020 tour, but you still want to see him live, keep an eye out for British festival line-ups next year. Especially Glastonbury, since 2020 will mark its 50th anniversary. The singer last performed at that legendary festival in 2014, so it wouldn’t be a surprise if he made an appearance for such a special event in UK music.

Even so, if these singles are leading up to an album release, it’s looking more than likely that Smith will promote the potential record with a tour. Going by his last release, if his third album were to come out this autumn, a tour could well begin in March or April as he did last year.

But until Smith announces something for sure, fans will just have to wait and see. At least there are two new songs to jam to in the meantime — and they're both bangers. Trust.