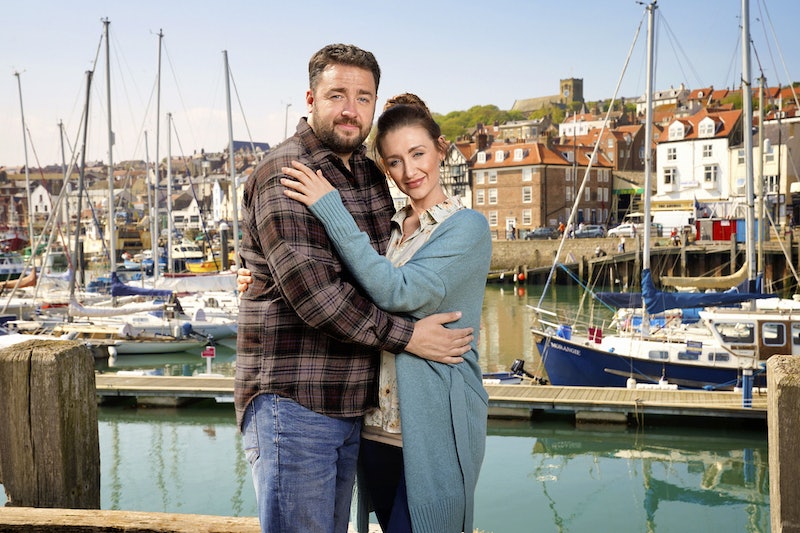 Set in within a North Yorkshire seaside town, the BBC comedy Scarborough follows the lives of a group of friends who regularly meet up for a Friday night knees-up at their local karaoke hotspot. The cast is led by comedian Jason Manford and former-Coronation Street star Catherine Tyldesley, who portray the recently reunited couple Mike and Karen. But as the first season approaches its conclusion, fans might be hoping for the comedy to return for another run. So, will Scarborough return for series 2?

Because the first ever season is only just about to wrap up, it's not surprising that a Scarborough Season 2 is yet to be announced. So, to gain some insight into when we can expect the comedy to return, I have reached out to a representative of the BBC for comment, and will let you know as soon as I hear back.

The comedy centres around amusement arcade manager Mike, who recently gave up his dream of being an entertainer in order to reignite his relationship with ex-girlfriend Karen. Following a drunken kiss with another woman by the seafront, Mike and Karen's relationship winds up in choppy waters — however, while attending their regular karaoke night at The Good Ship, the couple begin to repair their newly rekindled romance.

The show's official synopsis reads, "Mike and Karen are nearly-40-somethings that are giving their relationship another go, five years after they split. The pair were always meant to be together, but Mike’s ambition to become a professional entertainer meant that he was never at home. Now in his late 30’s, Mike has realised what’s actually important to him," and referencing the seaside town in which the series is based, the synopsis concludes, "there’s never a dull day in town. But will the course of true love run smoothly for the couple the second time around, or will the trials and tribulations of their lives get in the way?"

Scarborough is brought to us by writer Darren Litten, who is best known for being the creative mind behind ITV's Benidorm. Litten also stars in the comedy as the local pub landlord, and although comparisons have been drawn between Benidorm and his latest venture, Litten previously told the BBC that Scarborough is "unlike anything" he's ever written before. Speaking about the comedy, he revealed, "Even though I’ve stuck close to themes I clearly love – the seaside, pubs and karaoke — Scarborough is unlike anything I’ve written before. I’m genuinely flattered by the calibre of actors my scripts have attracted and I can’t wait for BBC audiences to get caught up in the laughter, love and intrigue I’ve created, all set against the backdrop of this beautiful North Yorkshire fishing town."

The last episode of Scarborough is set to air Friday at 9.30pm on BBC One and it remains to be seen how Geraldine's investment with the distinctly dodgy Tony Peroni will pan out.

Scarborough currently airs on Fridays at 9.30 p.m. on BBC One.