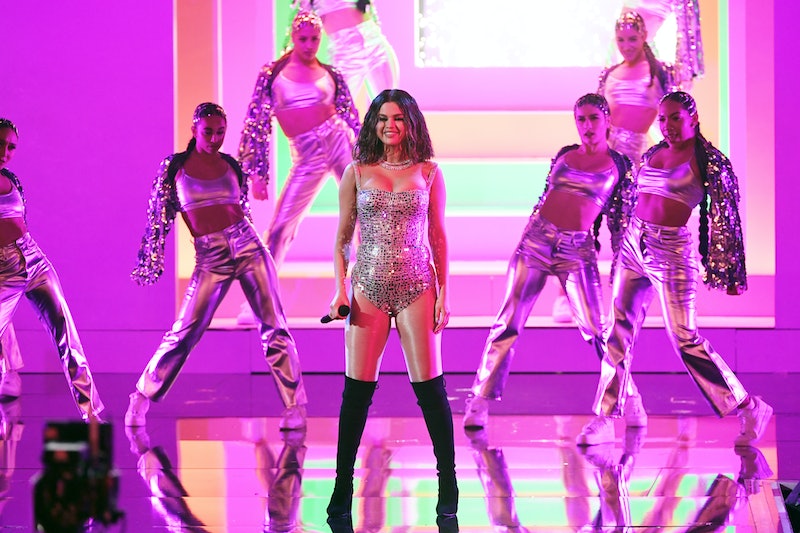 Fresh off the back of her latest album that's killing it in the charts, Selenators want to know, will Selena Gomez tour the UK in 2020?

I've reached out to Gomez's management and will let you know as soon as I've heard anything but, according to her website and social media platforms, nothing has been announced yet.

Gomez' album Rare, released on Jan, 10, is her third number one on the Billboard 200 chart and her fans are already hooked on the LP. Singles including Lose You To Love Me, Look At Her Now, and the album's title track Rare have already done tremendously well.

Gomez has spoken in the past about her personal experience of touring, explaining how important it is for her to have that face-to-face fan contact. Speaking on the Elvis Duran Show back in October 2019, she said: "It's something I really care about because it's the only real moment I can look at people and thank them and enjoy what I've done with them and feel safe. I always feel safe."

On the flip side, however, she admitted that the gruelling logistics, heavy schedule, and loneliness involved in tours can seriously get her down. "But, it was really hard on me. It was a lot of isolation and a lot of work," she admitted. "But, that's not what bothered me — I think it was just more internal. I just didn't know if I had the strength to get through that before. I'm not quite sure, but I know that it's important to me. So I'll figure it out."

You can sign up here to get up-to-date news on all things Gomez and any potential tours.