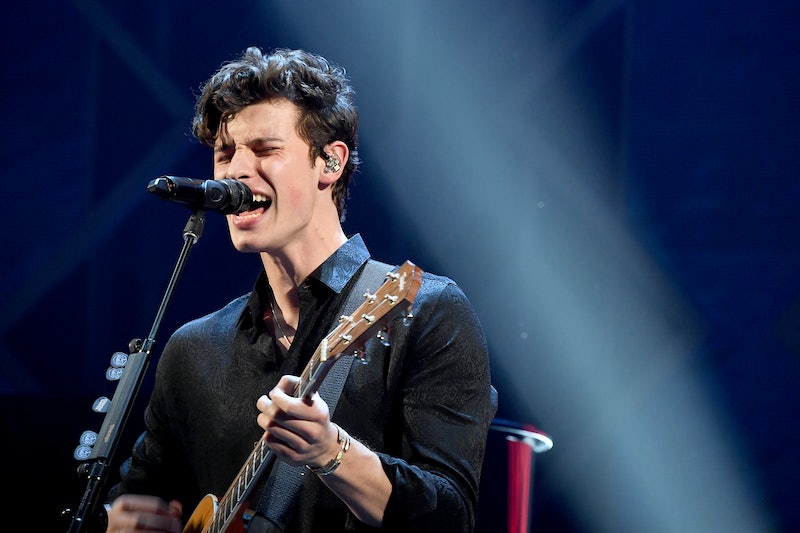 Canadian prince of pop Shawn Mendes has enjoyed huge amounts of success over the past few years. The songwriter's eponymouse album reached the top five of the UK album chart back in 2018, and the "Stitches" singer has earned a total of four top ten UK singles. Mendes fans were delighted to learn that the hitmaker will be going on tour sometime this year, but will Shawn Mendes tour the UK in 2019?

Well, Mendes is absolutely bringing his international tour to the UK, and he'll be arriving in Blighty very soon indeed. According to E! Online, the first UK stop on Shawn Mendes: The Tour will be on Saturday, April 6 at the SEE Hydro in Glasgow. The "Treat You Better" singer will then perform live at the Manchester Arena and Arena Birmingham on Sunday, April 7 and Tuesday, April 9, respectively. The very next day, Mendes will head back up north to the First Direct Arena in Leeds on Wednesday, April 10, and then conclude his 2019 UK leg at the O2 Arena in London with two consecutive shows on Tuesday, April 16, and Wednesday, April 17.

Tickets are currently available to purchase on Ticketmaster — but hurry, because it looks as if availability is running low. According to the Shawn Mendes official website, fellow Canadian singer Alessia Cara will be joining Mendes on tour as a support act for all UK and European dates.

Earlier this year, Mendes arrived in the UK to attend his first ever BRIT Awards ceremony, where he was nominated in the International Male Solo Artist category, reports Capital FM. He was nominated alongside Drake, Travis Scott, Kamasi Washington, and Eminem.

Despite killing it on the music scene, the 20-year-old singer recently expressed his desire to take a leap into the movie industry. Mendes made the admission during a Q&A session on his current world tour in Turin, Italy, and, after being asked by a fan if he'd ever consider going into acting, Mendes said, "Act in film? Yes. I think there will be one sooner than you guys think." According to Capital FM, this isn't the first time the "There's Nothing Holding Me Back" singer has explored the idea of acting, and has previously discussed his dream of playing Elvis Presley on the big screen. During an interview with Radio.com, he said, "I would love to do an Elvis movie one day."

Mendes also recently broke the internet with the debut of his upcoming Calvin Klein underwear campaign. A anap from the photoshoot was uploaded to the singer's Instagram account six weeks ago, and has already racked up more than eight million likes. However, it wasn't just the Canadian's adoring fans swooning over the posts, as BRIT Awards host Jack Whitehall got in on the commenting action too. Joking about the props used within the photoshoot, Whitehall tweeted, "Wow that's is some capacity. 4 or 5 cups at least.... I wonder where he got that kettle? #ShawnMendes."

Tickets for Shawn Mendes: The Tour are available on Ticketmaster.