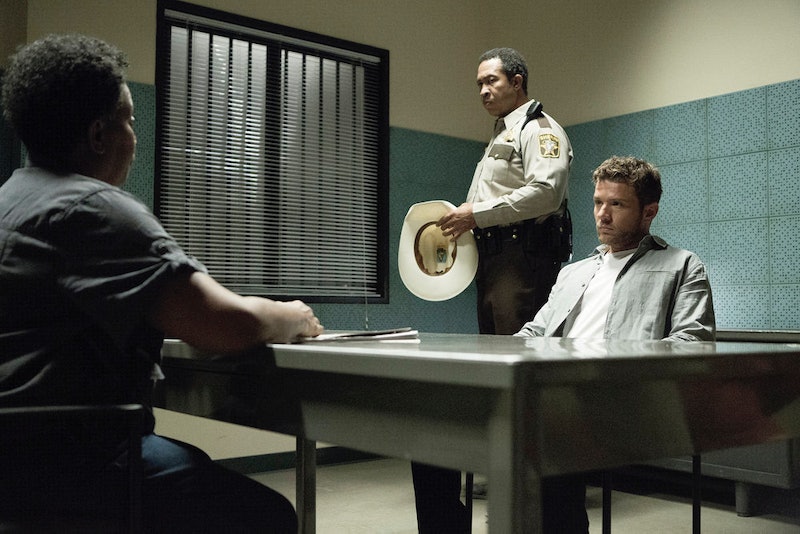 On cable TV, the ethical bar for carrying a series can be pretty low — a variety of criminals, abusers, and straight-up jerks have been anchoring shows for decades now. But on the USA drama Shooter, the protagonist is almost painfully principled, a former Marine drawn into a world of political deceit. With its second season ending on Sept. 5, it's time for USA to decide if Shooter will return for Season 3, presumably in summer 2018.

UPDATE: Deadline reported on Dec. 4 that USA has renewed Shooter for Season 3. No release date has been announced.

EARLIER: The network has yet to announce a decision about whether or not the series will return for an additional season on the eve of its finale, but there are a few complications. Adapted from a film that was, in turn, adapted from a novel by author Stephen Hunter, Shooter could easily go further, because the story already is missing two planned hours that were supposed to be a part of Season 2 — which could explain why the network has yet to make a decision.

Originally slated for 10 episodes, according to Deadline, Shooter Season 2 was cut to eight episodes after star Ryan Phillippe broke his leg on a family trip (fitting, considering Swagger, his character, is still recovering from an old injury of his own). According to comments Phillippe made on Twitter, the injury had nothing to do with Shooter filming, but it would have made filming those action-packed episodes too difficult. Because of this, Deadline points out, the second season stops short of the planned finale plotlines. There's no need for fans to worry that the second season will end on a cliffhanger, on the bright side.

Phillippe explained on his Twitter that he injured his leg during a "family outing" but that he expected to make a full recovery. So he shouldn't be stopped from filming an additional season should USA decide they want more Shooter in 2018. In the meantime, Phillippe has posted more recent pictures on Instagram that show the star is already on the road to recovery.

One thing that may give the network pause is the show's ratings. According to The Baltimore Sun, in Season 1, Shooter's ratings were record-breaking, with a premiere episode that reportedly received "an average audience of 2.6 million viewers, with 974,000 in the most desired 18- to 49-year-old age group." But Shooter's Season 2 ratings, according to TVSeriesFinale, averaged just 0.35 million viewers in the demo. That's reportedly a pretty big dip, but overall the series is still a strong performer for cable.

As Hunter told The Baltimore Sun in the same article, USA bought the rights to another book from the author, "assuming the possibility that the series will be a hit and they'll be all set to go" for a second season. Of course, that did wind up happening, but so far there's no news from Hunter that suggests USA has decided to buy a third — and Swagger appears in seven more books, so there's plenty to choose from if the network does choose to renew it.

Given the season's unexpectedly early ending, it's possible that the announcement of renewal or cancellation will come after an additional two weeks pass — or in late fall, like the Season 1 renewal announcement. But if USA is still invested in Shooter, there's plenty of additional source material and even some unfinished Season 2 business that could easily make for more episodes.