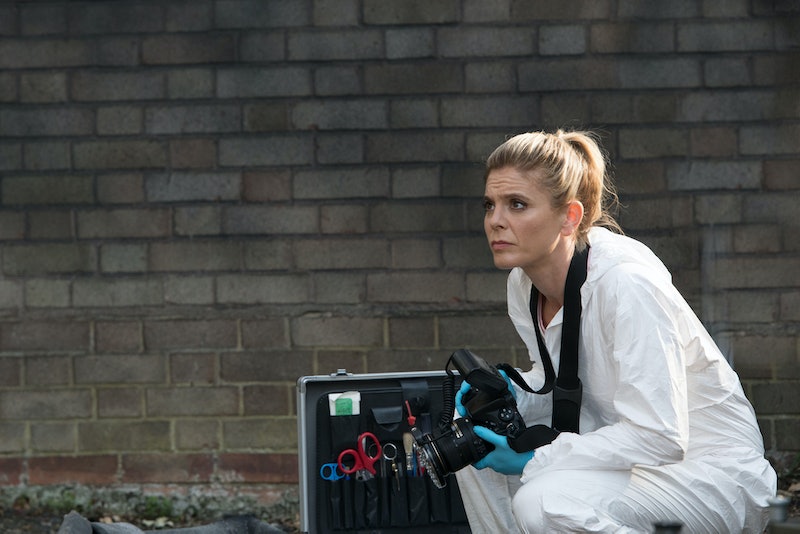 I don't think my winter evenings would be half as good without a big old helping of crime deduction, and boy has Silent Witness been delivering on that front. A show that has become an integral part of Britain's telly culture, the BBC crime drama is thriving in its 22nd series and I'm actually dreading the prospect of not being able to vicariously solve crimes through the Lyell team. So, will Silent Witness return for series 23, or will tonight's (Feb. 5) episode mark the end of the longest-running British crime drama?

As the Radio Times reports, the prospect of future Silent Witness seasons looks rather promising — as long as the show still sparks interest among its audience. Speaking to the magazine, producer Kiaran Murray-Smith confirmed that "scripts are already being developed for series 23," and that "as long as [the show] doesn't become dated, then I think it's always going to be a winner." To further clarify this, I contacted a representative for the show, but they have yet to reply.

Actor David Caves (who plays Jack Hodgson in the show) agreed with Murray-Smith, telling the Radio Times that "as long as there's an audience and as long as it keeps evolving, which it has to do, then there's absolutely no reason why not." But will Caves return to his role on Silent Witness if the show returns for season 23? I have contacted a representative for Caves on whether he'd return for another series (as well as representative for the rest of the cast), but have yet to receive comment.

Actor Liz Carr (who plays Clarissa Mullery) also agreed that the fan base are a vital part of why Silent Witness has stayed so popular. Speaking to the BBC, Carr explained how the fans stay with the show "because they are invested in the characters," and its because these characters are "dynamic and evolving" that the show has been able to continue for as long as it has.

And while Emilia Fox (Dr Nikki Alexander) hasn't spoke of the show's future — or whether she'll be a part of it — the actor sure has a lot of admiration for Silent Witness, and it's ability to captivate audiences season after season, as Digital Spy reports. Speaking on Sunday Brunch last December, she explained how the show retains its appeal: "Good writing, that's what it's about," she said. "And picking subjects which are current and keeping it mixed up with having a thriller, or having an action one, or having on which is very, very medically led."

"I think that the interest is finding the clues through the bodies, so it makes it a bit different to the normal detective drama. So you're really having a behind-the-scenes look at how to solve crime and [the writers] try and keep that as true to life as possible."

And, personally, that's exactly why I tune in. I come for the true-to-life investigations, but I stay for the characters.