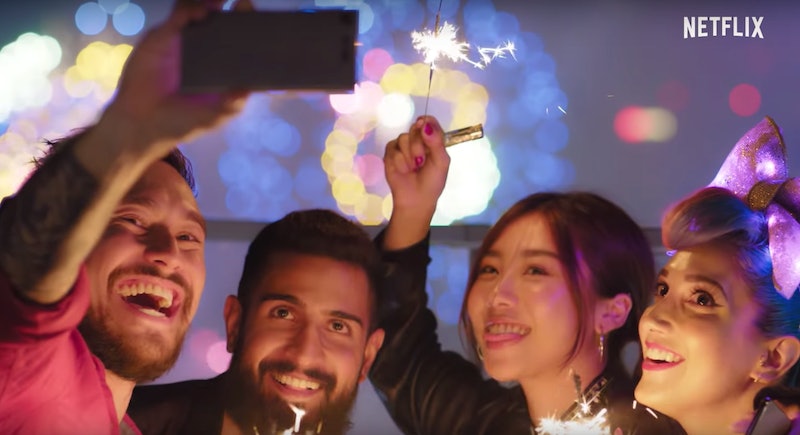 With Crazy Rich Asians becoming the highest grossing romantic film in a decade, it was only a matter of time before other studios tried to replicate its success. Netflix's offering of Singaporean glitz and glamour comes in the form of Singapore Social, a reality TV show about a group of affluent young Singaporeans. However, if Singapore Social wants to return for Season 2 or even come close to matching the phenomenon of CRA, it will need to win over fans — and early detractors.

Singapore Social is like Keeping Up with the Kardashians mixed with The Hills and Crazy Rich Asians, featuring romance, family drama, and the clash between Asian traditions and modernity. It boasts a relatively high-profile and multiracial cast, following creatives such as burlesque dancer Sukki Singapora, actor Paul Foster, and singer Tabita Nauser as they move through their respective ultra-glam spheres.

While Netflix boasts an impressive library of Asian dramas and Asian reality TV shows, Singapore Social is one of the first series to feel like it's aimed at a predominantly English-speaking audience, as Crazy Rich Asians ultimately was. That saddles Singapore Social with a host of unique issues when it comes to representation; before Season 1 aired, the show was already being downvoted on YouTube by Singaporeans who felt that this privileged group of people did little to reflect the reality of living in Singapore.

"A show about Singaporeans where nobody actually lives as a normal Singaporean," YouTube commenter Jamilah Lim critiqued. Another user agreed, writing that the leads of Singapore Social are essentially the one percent and don't "represent the majority of Singaporeans living here."

To put it in perspective, Time magazine reports that one in 34 people in Singapore are millionaires, and Singapore is the sixth most millionaire-dense country in the world. The answer for why it's the home to the ultra rich is essentially British colonization: in 1819, the British arrived and negotiated a treaty with the local tribes to create a new major trading port. By 1867, the British crown had taken control of Singapore entirely, and many wealthy immigrants from Europe and China flocked to the city-state that boasted the best trading in the world.

It's understandable, then, that some native Singaporeans feel that Singapore Social doesn't capture their lived experiences, as cities with concentrated wealth often also have issues of income inequality. Singapore is "a largely middle-class country where most people live in public housing (Singapore's solution to the housing-cost problem that blights San Francisco)," writes Kwame Anthony Appiah for The Atlantic. This is why portrayals of Singapore as only home to the wealthy draws criticism from those who live there, and why Crazy Rich Asians didn't perform well in Singapore.

That's not to say that it's impossible for Singapore Social to find a dedicated fanbase on Netflix: it's not far off from all the frothy American reality TV shows centered around the lives of rich celebs. And when it comes to representation in America, Singapore Social does add diversity to the reality TV genre, which is still predominantly white. But if Singapore Social wants to win over native Singaporeans, it may have to feature characters who aren't just, you know, crazy rich.