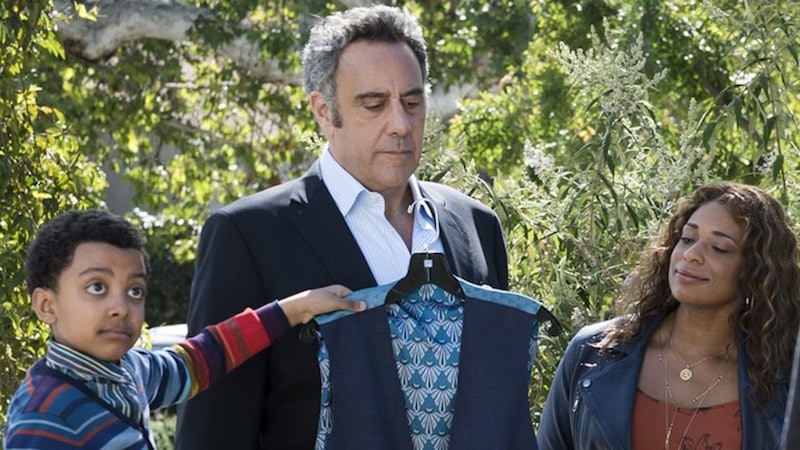 Update: Single Parents has been canceled after two seasons.

Earlier: Single Parents earned legions of fans for its honest and gripping portrayal of single parents trying to navigate their personal lives while raising a family. The Leighton Meester driven series aired its final episode of the season this week, leading fans to wonder, will Single Parents return for Season 3? Only time will tell.

As of now there's no official word from ABC on whether or not Single Parents will hit a third season. While the indecision may leave fans of the family comedy frustrated, the show in good company, as ABC has left a number of shows' fates up in the air in the wake of the coronavirus related shutdowns. Single Parents hangs in limbo along with other popular shows such as black-ish, A Million Little Things, and the police dramedy The Rookie.

As the show's title mentions, the series focuses on single parents (played by actors including Meester, Brad Garrett, and Jake Choi) who initially bond over their budding friendship with Will (Taran Killam), a 30-something dad so invested in his family he'd completely neglected his personal life. As the group push Will to focus on himself, they each also reckon with their own family/personal balance.

In regard to a third season, ratings are a typically the key indicator of whether a show will get renewed. Unfortunately Single Parents took a big dive in viewership starting in 2020, especially in television's coveted 18-49 demographic. Single Parents averaged a .88 out of 100 in viewership ratings in its first season. Whereas the average rating for the current season dropped to .61, a pretty steep decline for an entire season overall.

But co-creator J.J. Philbin already has plans for the third season — which include more appearances from Meester's real-life husband, and sometimes co-star, Adam Brody. "I love the weeks when Adam is on set. He and Leighton are the world's cutest couple, and when they're together, the chemistry is off the charts, which I guess is no surprise, but still — it's fun to watch," Philbin told ET. "The way we ended Season 2, Derek is even more a part of Angie's life (and even more of a thorn in Will's side). So we imagine Derek being a huge part of Season 3. Honestly he has become such an important part of our ensemble, we can't imagine doing the show without him."