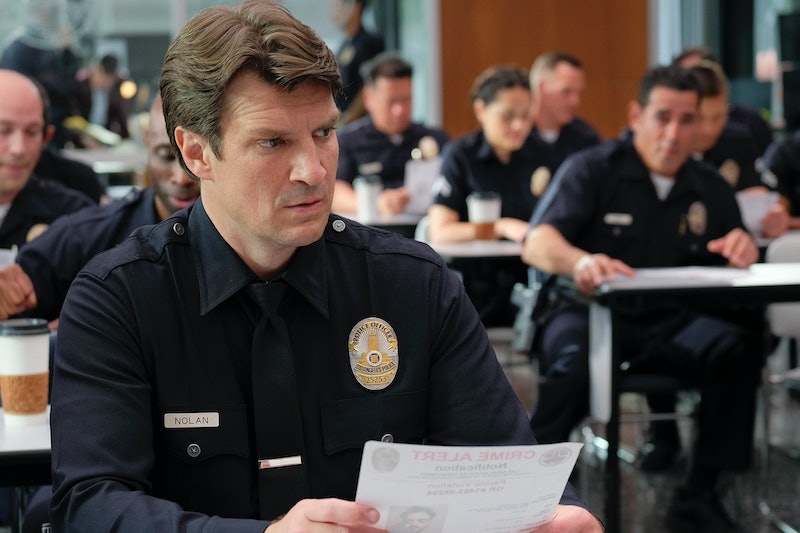 Update: The Rookie has been renewed for Season 3.

Earlier: As police dramedy The Rookie wraps up its second season, you might wonder how long the LAPD newbie John Nolan (Nathan Fillion) can keep the show's title accurate while rising through the ranks at work. But more pressing for those catching the tense season finale is the question: will The Rookie return for Season 3?

ABC has yet to announce whether or not The Rookie will return for a third season. The show follows the misadventures of Nolan, a 45-year-old construction worker who upended his and his son's life by joining the LAPD. Season 1 focused on Nolan dealing with skepticism about his abilities and age, as well as the culture shock of moving from a small town to Los Angeles.

The Rookie has also had its fair share of controversy. In August 2019, actress Afton Williamson (who plays Nolan's training officer Talia Bishop) announced that she wouldn't be returning to the show via Instagram.

"Throughout the filming of the pilot, I experienced racial discrimination/racially charged inappropriate comments from the hair department and bullying from Executive Producers. During the season, it continued along with sexual harassment from a recurring guest star, Demetrius Grosse, and the racist commentary & bullying from the hair dept. head, Sally Ciganovich escalated into sexual assault at our wrap party. The Sexual Harassment though reported directly to the Showrunner/EP remained undocumented and was not reported to HR as promised. Ciganovich was fired ONLY after the sexual assault and NOT for an entire year of outward racism/racially charged language and bullying behavior in and out of the Hair and Makeup trailer," she wrote. The post continued to detail further allegations about Afton's treatment on the show.

Grosse's attorney then released a statement on the matter. “Demetrius Grosse was wrongfully accused and has been exonerated of the alleged misconduct regarding his work on The Rookie…. My client was libeled all over the media before any of the claims could even be verified. No one should publish serious allegations like these in such a reckless manner. Demetrius lost multiple jobs as a result of being falsely accused. We’re glad that the investigation has been completed and are grateful to eOne for its unwavering support. Onward.”

The company behind the series, eOne, also shared a statement following the results of an investigation into Afton's claims, concluding that “those identified in Ms. Williamson’s allegations did not conduct themselves in an unlawful manner or demonstrate behavior inappropriate for the workplace. It was also concluded that the executive producers, including showrunner Alexi Hawley, addressed matters of which they were made aware promptly and in a fair and reasonable manner.” (As of this time, Sally Ciganovich hasn't publicly commented on Afton's allegations.)

Despite the controversy, it's highly possible ABC could renew The Rookie. Over the past few months there's been a rise in the show's ratings, which could persuade the network to give the show another go.