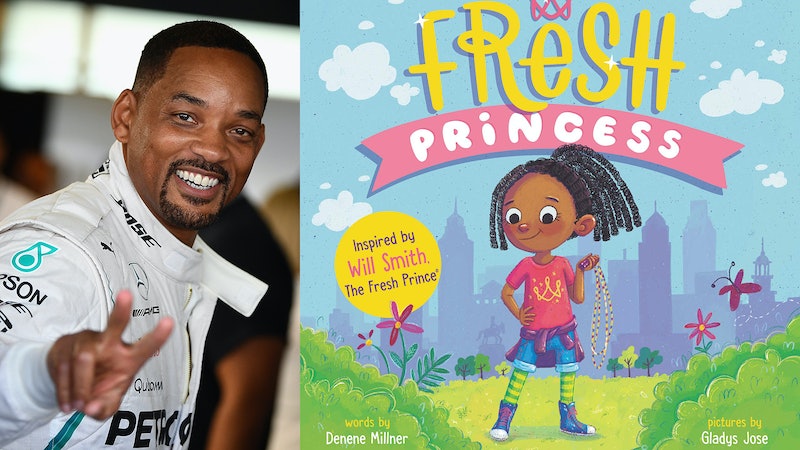 While you've been chillin' out maxin' relaxin' all cool, the Fresh Prince was busy making books for kids: Will Smith's new book series is about the Fresh Princess, Destiny, who moves with her family to West Philadelphia. The first book, Fresh Princess, is written by Denene Millner and illustrated by Gladys Jose. It doesn't come out until April, but here's what we know so far.

These days, Will Smith is better known for his roles in hit films, such as the Men in Black series and Suicide Squad. The 50-year-old actor also recently raised eyebrows as the Genie in Disney's live-action remake of Aladdin, drawing criticism for his character's lack of resemblance to the original, animated version, made famous by the late Robin Williams. But back in the late 1980s, Smith was better known for his music, co-created with Jeffrey Townes and published under the banner of DJ Jazzy Jeff & the Fresh Prince.

After winning a Grammy for "Parents Just Don't Understand," Smith moved into the next phase of his career, signing a deal to star in his own sitcom: The Fresh Prince of Bel-Air. The show ran from 1990 to 1996, and centered on Will, a West Philly teen whose mother sends him to live with her wealthy sister and brother-in-law in Bel-Air, L.A. You know, like the theme song says.

Now, Smith has moved on to publishing with Fresh Princess, a children's book series inspired by his iconic, early-'90s character. The series will follow main character Destiny as she learns to adjust to her changing environment without losing who she is as a person.

According to an article in Entertainment Weekly, the actor and producer is pleased with the book: "I couldn’t be more excited that the character I played for so long could inspire such a fun and empowering book for kids everywhere." Smith also seems keen to continue involvement with the Fresh Princess series after the first three books. "I’m down to follow Destiny through her growth and adventures," he said, "just as I had experienced the journey of the young ‘Will Smith’ as he danced, laughed, made mistakes, and created memorable moments on his road to becoming the Fresh Prince."

Fresh Princess is currently scheduled for release on April 2, but you can pre-order it today from your favorite bookseller.