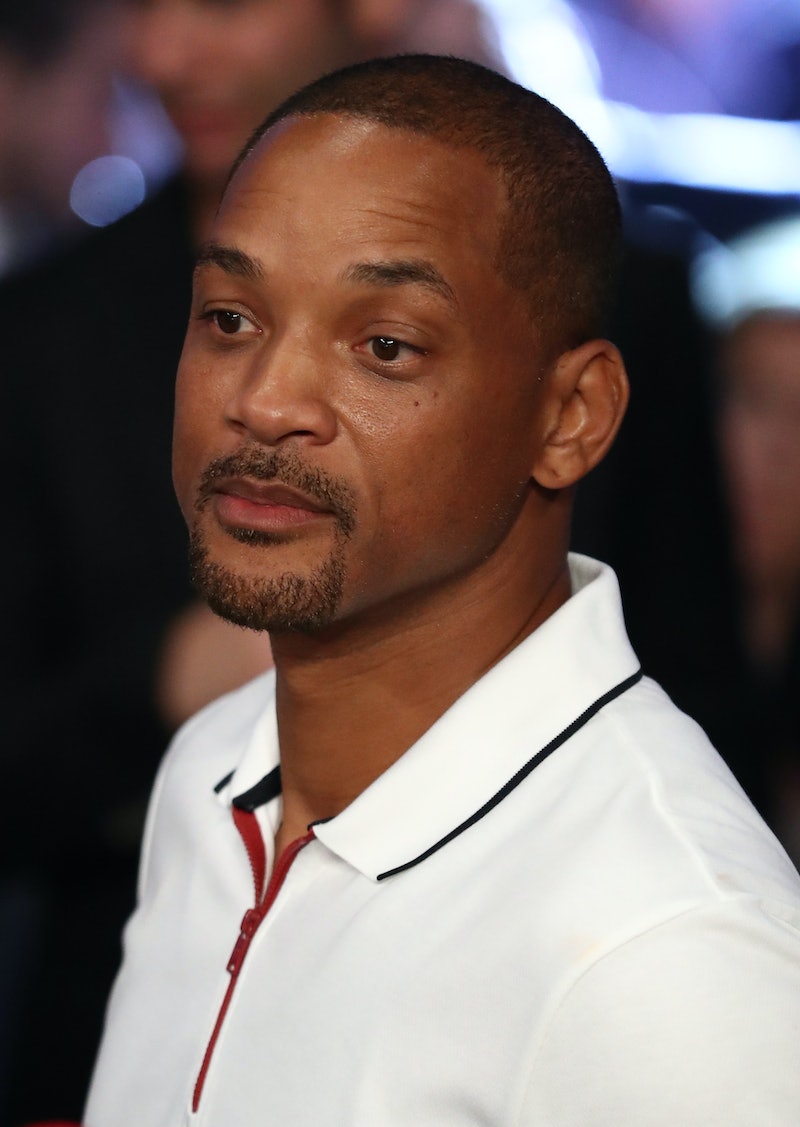 Will Smith was recently at the center of great deal of Twitter backlash after it was announced on March 5 that he may be playing the role of tennis star Serena Williams' father, Richard Williams, in the forthcoming biopic, King Richard, according to Deadline. While some fans seemed genuinely happy that Williams' triumphant story could potentially be making its way to the big screen, the reported casting of Will Smith as Richard Williams was met with accusations of colorism from some on social media.

Despite the fact that Smith and Williams are both black men, Twitter critics of the casting news felt that the disparity in skin tone between the former Fresh Prince of Bel-Air star and Williams made him a poor candidate for the part. There were also some who felt the role should go to an actor with a darker skin-tone, which would be a closer match to that of Williams. Some people cited Don Cheadle, Idris Elba, and Mahershala Ali as actors who would be qualified for the role.

Colorism, once described by activist and author Alice Walker as the prejudicial or preferential treatment of same-race people based solely on their color, is an issue that has plagued people of many backgrounds and ethnicities. The black community, in particular, has been deeply affected — especially when it comes to the entertainment industry. Notable actors such as Zendaya, Zoe Saldana, Amandla Stenberg, and Yara Shahidi have found themselves amidst similar instances in the past. And with Smith's name the latest thrown into the conversation, it seems that there's a long road ahead when it comes to the discussion diversity on-screen.

Smith's potential casting caused many to address the subject head-on as they took to Twitter to share their thoughts on the 50-year-old actor being considered for the role of a darker-skinned male and many seemed to be totally opposed to the idea.

A tweet from writer Clarence Hill Jr., which addressed the matter, went viral after he wrote, “Colorism matters..love Will Smith but there are other black actors for this role."

Hill's thoughts on colorism were supported by others including film writer Valerie Complex, who described the casting as “colorism at work”

Writer and activist George M. Johnson brought up another instance of skin color disparity, writing: “Just like Chadwick [Boseman] shouldn’t have played Thurgood Marshall, Will should not play Richard.”

Journalist Jasmine Baker appears to be on the fence about the potential casting, but still seems very excited to see Williams' iconic story.

One commenter shared their thoughts on the importance of casting someone with darker skin.

Despite the backlash, there were some who thought Smith would be a great fit for the role.

This commenter shared their thoughts on colorism saying, "Lightskinned people are #black too."

Another Twitter user chimed in with questions about colorism and how it works.

This Twitter user feels black is black and thinks that Smith is a great person for the role.

No matter who gets tapped for the part, Williams' story is certainly movie-worthy. Deadline notes that the film will center around Williams and his road to overcoming "tremendous hardship, skepticism and his own troubled past” as he coached his daughters, Serena and Venus Williams along their path to tennis greatness. With no major background in tennis, the Williams began giving lessons to his daughters when they were only 4-years-old which ultimately turned them into two of the most famous and successful players in the history of tennis.

While diversity in Hollywood has come a long way in recent years, it goes without saying that there's still a lot of much-needed change when it comes to the casting of people of color.

More like this
Lewis Hamilton Turned Down A Role In 'Top Gun: Maverick' For This Surprising Reason
By Darshita Goyal
Amanda Seyfried Says She Felt Pressured To Shoot Nude Scenes At 19 Years Old
By Jake Viswanath
Christina Perri Had No Idea Her 'Twilight' Song Is On YouTube's Top 100 Chart
By Radhika Menon
Jamie Foxx Revealed The Question That Got Cameron Diaz To “Un-Retire”
By Grace Wehniainen
Get Even More From Bustle — Sign Up For The Newsletter