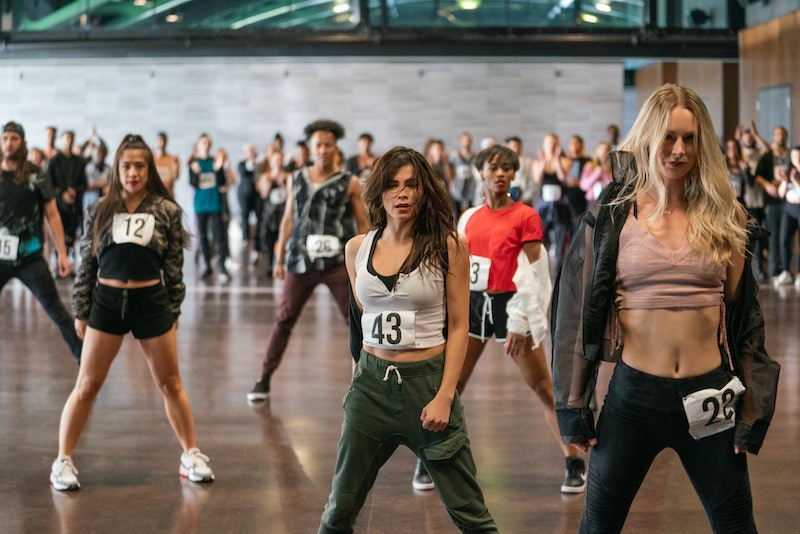 Though Netflix has yet to green-light its new musical series Soundtrack for Season 2, creator Joshua Safran (Smash, Gossip Girl) told Playbill that he "really is hopeful" it's the exact kind of show the world needs to round out a tough year. "I pitched Soundtrack when I felt like shows on air were really dark and everything sort of raised your stress level," he said. "I really wanted to write something hopeful that made you feel good and that if it made you cry, it wasn't tears of sadness or pain, but tears of hope and joy."

Indeed, Soundtrack follows a number of interconnecting love stories, focusing on two characters per episode whose eventual meeting culminates in an epic "mash-up," per Entertainment Weekly. (According to ET, these stories will not always be romantic, and will explore everything from sibling and parental relationships to workplace and career aspirations.)

It's a music-centric expression of these characters' feelings, but the actors are primarily dancers rather than singers — as in, they hear a pre-existing song by an artist in their head, but when they sing, we hear the artist's original voice.

"This really was predicated on this idea that we all have of our soundtracks and when we think about music, when we hear a song in our head, we hear the artist," Safran explained to EW. "You hear Beyoncé, you hear Stevie Nicks. You do not hear yourself singing it. That was where the concept came from."

The lip-syncing aspect may disappoint viewers looking for the next Glee or High School Musical, but there's one major plus to Safran formatting the show in this way. While Glee sometimes felt like it was shoe-horning songs in to work around the high school drama, Safran instead foregrounds the musical numbers to be the main feature of each episode.

"I really structured the episode arcs based on the music, like a true musical, as opposed to writing the story and then saying, ‘A song should fit here and what should it be?’" Safran told Playbill. "We had a really unique process in the writers' room because I wanted it to be written like a real musical in which, if you could eliminate a song, then you shouldn't have a song.”

This unique storytelling method may elicit a mixed response, but actor Jenna Dewan told Glamour that Soundtrack won her over from the get-go, which might be all the endorsement some viewers need to campaign for a second season. "I didn't even need to see a script," she said.

Just like Safran, Dewan sees Soundtrack as a necessary and life-affirming project that will hopefully resonate with audiences. "Love and emotions are all across the board in life, but they're all here for a reason, informing who we are as people and where we're going in life," Dewan continued. "You just have to trust that and let the magic of life unfold. That's really what the show is."