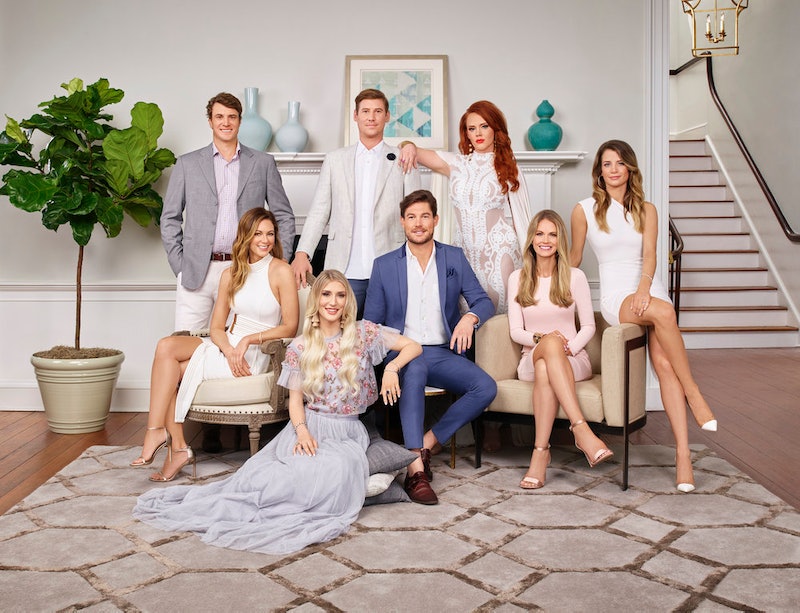 The end of Southern Charm Season 6 means that there is already interest in Southern Charm Season 7 — if the show gets renewed that is. Unfortunately, it's way too early in the game to know for sure, but considering how popular the show has been, chances are high that fans will get to see more of the Charleston group of friends in 2020.

Typically, Bravo doesn't announce the renewal of show until filming wraps. The network does this by releasing a new trailer and cast photos. Nevertheless, it's 2019 and most dedicated fans can already tell when a show starts filming filming thanks to social media sleuthing. More often than not, if the entire cast is at an event, there's probably a camera crew present. Furthermore, if all of them are in photos outside of Charleston, it's pretty much a guarantee that they're on a Southern Charm cast trip.

Sure, they can try to be more low key with the social media activity and not post to Instagram when they hang out. But, let's be honest: Southern Charm is a popular show. If the cast members aren't posting photos of themselves, someone else will. If a fan spots the cast with a camera crew in public and snaps a photo, it will make the rounds on the internet beyond their personal account.

One indication that Southern Charm will return is that the cast has been confirmed to take part in BravoCon in November 2019. Not only that, but Southern Charm is listed on the event's agenda for all three days of the convention. Additionally, there's actually a bonus Southern Charm brunch event that weekend. Why would there be four separate events to devoted to Southern Charm during a three-day event if Bravo doesn't intend to have a Season 7? Clearly, the network is behind this show.

That's a great sign, but an official confirmation would be much more comforting for Southern Charm fans. However, judging by past history, that probably wouldn't happen for a few months from now. Southern Charm got renewed for a second season on July 14, 2015 before it premiered on March 16, 2015. However, that long wait time is not typical for the series.

Other than Season 2, the renewal announcements and the season premieres have usually been just two months apart. Season 6 was announced in March 27, 2019 and started airing on May 15. Bravo announced the show's return for Season 5 in February 2018 with the new episodes airing in April that year. Bravo made it official that Southern Charm would come back for Season 4 in February 2017 with a confirmation that the show would debut in April 2017. In February 2016, Bravo confirmed that Season 3 was in the works and would start up in April.

Unless there is a radical shift, it makes sense to expect new Southern Charm episodes in April or May 2020, with a confirmation of Season 7 in February or March.

That's a long wait, but in the mean time, fans can rewatch old episodes or just keep a vigilent eye on social media, looking for signs of a camera crew in the cast photos.