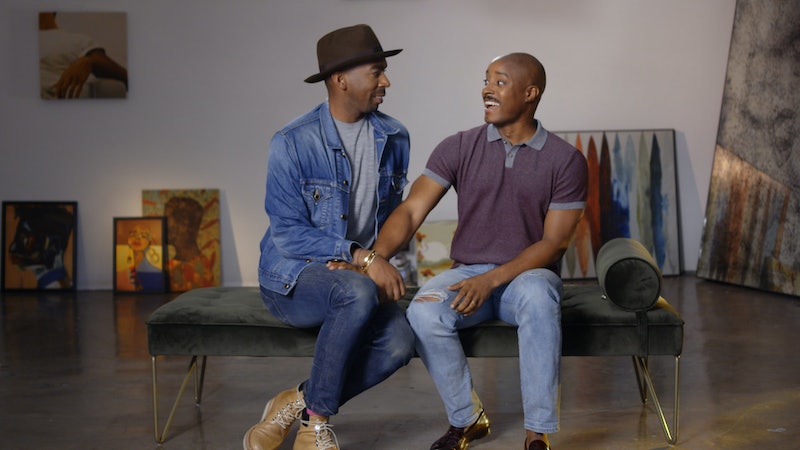 Following in the footsteps of Queer Eye and Project Runway is Netflix's Styling Hollywood, another reality fashion show that celebrates inclusion and diversity. Debuting Aug. 30, the series stars celebrity stylist Jason Bolden and his husband, interior designer Adair Curtis, who've combined their talents to found a lifestyle brand called JSN. And if the show is as big a hit as it predecessors, Styling Hollywood will return for Season 2 in no time.

As of now, it's too soon to tell how Styling Hollywood will be received and therefore, whether or not it will be renewed. However, Jason and Adair have been in their line of work for a very long time and don't seem to be planning on stopping anytime soon, so it's not like there would be a shortage of content. Not to mention that their roster of celebrity clientele is always growing, and the boost from a Netflix show will only further that.

JSN has already worked with a plethora of A-listers, including Yara Shahidi, Dulé Hill, Taraji P. Henson, Gabrielle Union, and Ava DuVernay, some of whom will be featured in Season 1. "The women that we work with are the epitome of 'black girl magic,'" Bolden says in the show's trailer. "But it's definitely not easy." Still, JSN's clients are always satisfied, and have expressed their enthusiasm about Styling Hollywood's release.

"When your stylist is so stellar that he has his own Netflix series. I know I speak on behalf of all the women you help sparkle, we're so happy + proud of you, your talent, your verve, your warm spirit. Congrats! XO!" DuVernay tweeted. Union chimed in too: "When your favorite couple gets their own show!!!!!!!! I cannot WAIT to watch!!!" she wrote on Twitter.

Jason and Adair were excited to produce the show for many reasons, but they were particularly compelled by the opportunity to provide some much needed representation and education surrounding their identities as queer black people. "As two black, gay men, it's super important to help shift the planet," Jason told Yahoo! Lifestyle. "I'm super thrilled to have this platform to help show and possibly educate people. Adair and I are on the same journey as everyone else, searching for joy and balance."

Adair added, "Representation and inclusion across media is so important," he said. "We can only hope that our life, love, and work as a married, black, gay couple helps promote tolerance and breaks down stereotypes. At the end of the day, we're all so much more alike than we are different.”

Most of the show is set in JSN's Los Angeles headquarters. Jason felt pretty comfortable in front of the cameras, as he's been a red carpet commentator in the past. Adair, on the other hand, had to get used to it. "You can see it on the screen," he told Yahoo. "In the beginning, I'm not as comfortable, you can tell. But then that changes, and it shows."

If it does come around, he'll be perfectly primed for a second season.

More like this
Christine Quinn’s 'Selling Sunset' Future Is *Finally* Confirmed
By Bustle Staff
Move Over, 'Sunset'! The Drama-Filled Trailer For 'Selling The OC' Is Here
By Nola Ojomu
This 'Bridgerton' Polin x 'Love Island' Crossover Is Everything
By Darshita Goyal
Does The 'Echoes' Ending Mean There Will Be A Season 2?
By Kadin Burnett
Get Even More From Bustle — Sign Up For The Newsletter