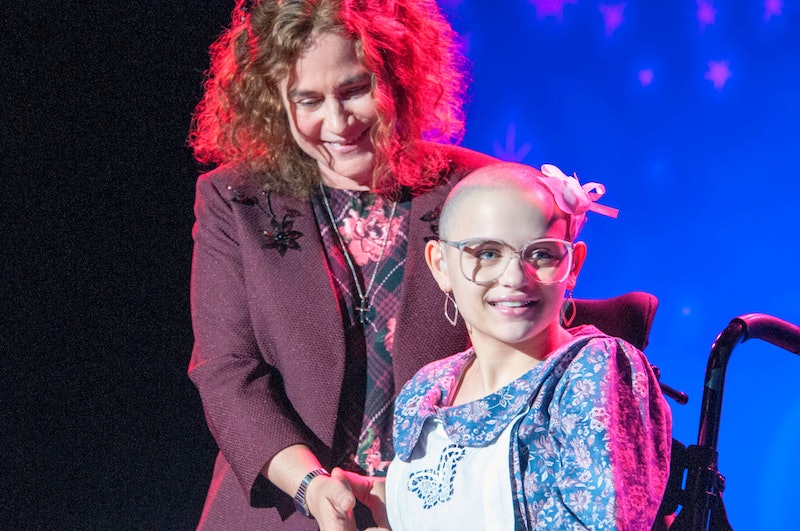 One of the massive pros of living in the digital age is global access to high quality entertainment like it show of the moment The Act. You know, the kinds of shows that in the days of yore (before the internet) you might have to wait for months and months to air on TV. Or, perhaps more horrifying still, never see at all. Streaming sites have made it far more easy to get instant access, internationally, to your favourite new show. Which has really revolutionised entertainment. So will The Act be on Netflix UK?

Unfortunately, this show has aired exclusively on Hulu, which isn't accessible in the UK right now. Really Hulu? First The Handmaid's Tale, then Castlerock, then Shrill, then this? Honestly, how DARE they tease with this show. It looks so effing good and shockingly, it's based on true events. True events that revealed a twisted tale of lies and deceit, eventually resulting in a case of matricide.

Gypsy Rose Blanchard was a young girl who lived with her mother Dee Dee. As the Washington Post reports, Dee Dee told people that her daughter had leukaemia, muscular dystrophy, epilepsy, and a number of other illnesses. As a result, Gypsy and her mother got to go on lots of trips and, according to Rolling Stone, were helped out by charities like Habitat For Humanity and the Make-A-Wish Foundation.

However, it eventually transpired that all of this was a lie. Gypsy was not ill and was in fact being kept captive by her mother who, according to Vulture, had an extreme case of munchausen by proxy. A mental illness in which an individual fabricates or exaggerates an illness of someone close to them, as the NHS states.

As the Guardian reports, Dee Dee was found murdered in June 2015, and Gypsy and her boyfriend Nick Godejohn were arrested for the killing. Gypsy is currently serving a 10 year sentence in prison in Missouri as part of a plea deal arrangement, according to the Guardian.

Gypsy and Dee Dee's story was first told through a Buzzfeed article from Michelle Dean and, later, in an HBO documentary, Mommy Dead And Dearest, which shocked the world. The Act premiered on March 20 over in the U.S, and is based on the story of Dee Dee (who is played by Patricia Arquette) and Gypsy (Joey King). Dean acted as one of the show's co-creators.

Praise has been heaped on Hulu's show, with Variety stating that "The Act nails what it’s going for — a grotty, nasty, poisonous fable whose punch comes from the fact that some version of it really happened but that would be compelling regardless," and Vanity Fair observing:

"What makes The Act work is the familiarity of Dee Dee and Gypsy’s awful dynamic, despite its uniquely terrible final outcome. Few mothers and daughters reach the extremes the Blanchards did, but maternal control — and daughterly rebellion — is baked into the twisted legacy of growing up female in a man’s world."

As of yet, there is no news regarding whether The Act will be airing this side of the pond. All we can do is hope.