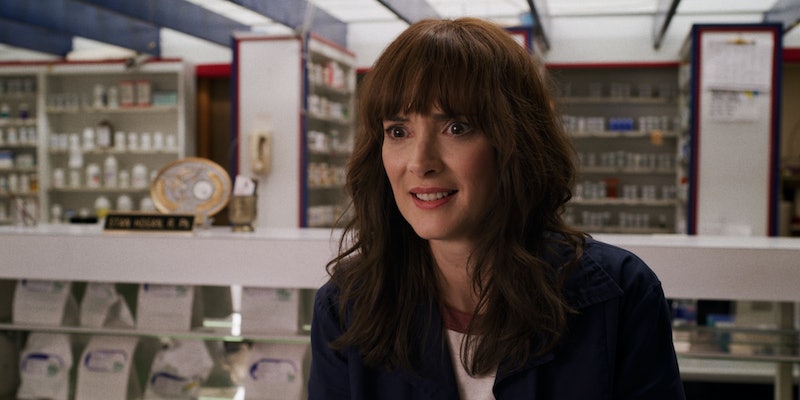 Spoilers ahead for Stranger Things 3. If it weren't for his unrelenting dedication to his friends, Will Byers would've begged to leave Hawkins a lot sooner. Though scarred by his experiences with the Upside Down and the Mind Flayer in Seasons 1 and 2, Will did his best to readjust to his regular life. He went trick-or-treating, attended school, and even went to a school dance. But his mom, Joyce Byers, ultimately decides that too much damage has been done. In the Stranger Things 3 finale, Will, Jonathan, and the newly parentless Eleven say their goodbyes to the rest of the D&D crew and load their belongings into a U-Haul. They discuss reuniting for the holidays, but it's unclear whether or not The Byers will be in Stranger Things 4.

Unlike in Seasons 1 and 2, Will's character takes a backseat to the driving storylines of Eleven, Dustin, and Billy in Season 3. With one foot still sticking to the floor of the Upside Down, he seems a bit disconnected. And so are his friends, but for other reasons. Mike, Lucas, and Dustin begin exploring their interest in girls and romance, while Will still just wants to play D&D. But he continues following them around, because what else is there to do? (Besides warn everyone when "He," as in the Mind Flayer, "is coming.")

When Hopper hears that Joyce is prepping her house for the market, he's unsurprisingly dismayed, and amid a high-stakes mission to stop the Russians, the two finally agree to go on a real date. But before that can happen, Hopper seemingly dies in the explosion Joyce causes in order to close the door to the Upside Down. Three months later, the Byers (plus Eleven) officially move out of town.

Even though we should've seen this move coming, it still comes as an emotional surprise — the result of a glimmer of hope being crushed by what could've been. If executive producer and director Shawn Levy hadn't already told Collider a fourth season was "definitely happening," this turn of events could've easily ended the series. (The renewal has not yet been confirmed by Netflix.) But Stranger Things creators Ross and Matt Duffer told Vulture ahead of Season 2 that they were feeling good about four seasons.

"We just have to keep adjusting the story," Matt said. "Though I don't know if we can justify something bad happening to them once a year." So far, they've yet to hold back in that area. "They're going to have to get the f*ck out of this town!" Ross added. "It's ridiculous!" How ironic.

Will the Byers be the first ones to go and stay gone? Let's hope not. Without them, the main cast is nearly cut in half, and with the loss of both Hopper and Eleven's powers (they stop working mid-battle with the Mind Flayer in Season 3), that's too much to lose. Not to mention that both Jonathan and El will be separated from their significant others. It's unclear where the family is going, but they've at least said they'll return to Hawkins to visit. Maybe Will will even bring back a new friend or two — one who still has an interest in playing D&D.

More like this
Everything To Know About 'Only Murders In The Building' Season 3
By Gretchen Smail and Kadin Burnett
Everything To Know About A Potential 'Lockwood & Co.' Season 2
By Gretchen Smail
All The ’70s Easter Eggs You Missed In 'That ’90s Show'
By Grace Wehniainen
'The Crown' Season 6 Has Suspended Filming "Out Of Respect" For The Queen's Death
By Bustle Staff
Get Even More From Bustle — Sign Up For The Newsletter
From hair trends to relationship advice, our daily newsletter has everything you need to sound like a person who’s on TikTok, even if you aren’t.